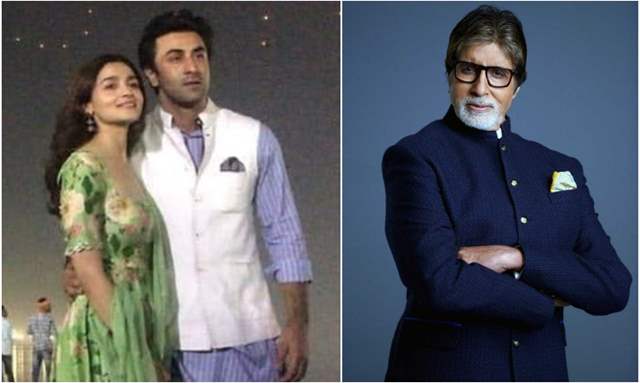 Ranbir Kapoor and Alia Bhatt are Bollywood’s favorite couple and the two have repeatedly set relationship goals. While their love affair continues to bloom amid quarantine, Their lovely camaraderie is a delight and fans cannot wait to see them in their upcoming film ‘Brahmastra’.

While Bollywood saw a major setback in shoots for the upcoming films due to lockdown, the process of unlocking has been set in motion and actors are all set to complete the shoot of their film. Now, the recent reports have stated that they are all set to resume shooting of Brahmastra and they have already started dubbing for the movie.

Mumbai Mirror reported that Ranbir and Alia have been visiting a dubbing studio in Bandra and completing the post-production work. The actor was also seen leaving the studio with Ayan Mukherji on Thursday.

Meanwhile, as the duo completes dubbing, Ayan has been coordinating with his post-production team to finish work on footage that has been shot.

For the unversed, Ranbir and Alia will play Shiva and Isha in their upcoming film. The film stars Alia Bhatt, Ranbir Kapoor, and Amitabh Bachchan and this ensemble star cast has piqued movie buffs' excitement.

The Mumbai Mirror report also mentioned that Director Ayan will reunite with the cast of the film to film the final leg of the movie. It is reported that only a brief shoot of 10-12 days remains, which includes a song featuring RK and Alia.

“They will decide on the timeline and shoot in a city studio. Amitabh Bachchan is expected to be a part of this final schedule and will shoot some important scenes with Ranbir Kapoor," the source added.