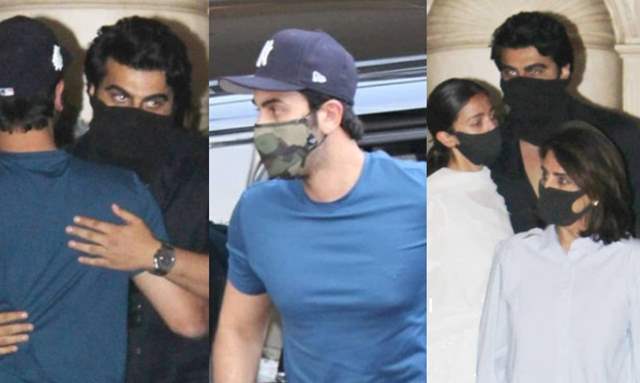 The entire Kapoor family was shocked by the sudden demise of Raj Kapoor’s youngest son Rajiv Kapoor. The actor who was fondly known as Chimpu left for his heavenly abode at the age of 58, on Tuesday. Having starred in multiple Bollywood films back in the 80s, the actor made his debut with ‘Ek Jaan Hain Hum’.

Earlier, while Rajiv Kapoor’s last rites took place in Mumbai in presence of family and friends, no chautha was reported to be held due to the current pandemic circumstances.

However, the Kapoor family went ahead and arranged a chautha ceremony for the late actor. The ceremony was held in the presence of close family members and it was kept low-key.

Today, several family members were snapped by the paparazzi attending the ceremony.

Rajiv Kapoor suffered a cardiac arrest, following which his elder brother Randhir Kapoor rushed him to the Inlaks Hospital, near their residence in Chembur. However, the doctors, unfortunately, declared him dead on arrival.