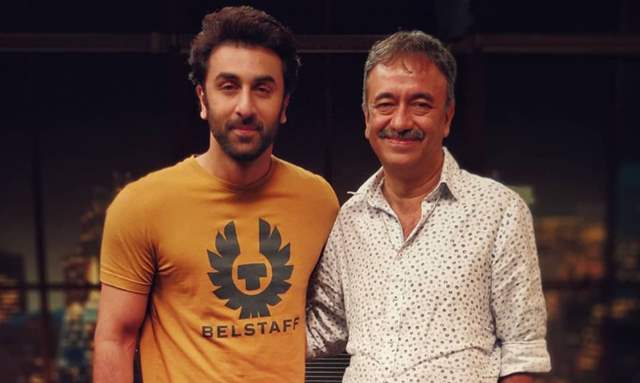 Ranbir Kapoor made a small cameo appearance in the ending scene of Rajkumar Hirani directorial PK. With that, several speculations about the film’s sequel erupted suggesting Ranbir Kapoor’s collaboration with Hirani.

Now, the Pinkvilla reports suggest that the director-actor duo is said to be collaborating for one more project and it is not a sequel to Aamir Khan starrer PK that had RK in a cameo.

The plot of the film is reported to be a social comedy - Hirani’s favourite genre. The filmmaker was supposed to begin filming it immediately after Sanju, but destiny had something else planned for him.

“Raju has a bank of ideas ready to roll, and while working on Sanju, he had discussed one particular plot with Ranbir, which the actor fell in love with. In-fact, that was supposed to be Hirani’s immediate next after Sanju at one point of time, as Shah Rukh Khan had multiple film commitments lined up,” said the source, quoted by Pinkvilla.

Ranbir was presented with two ideas after shuffling his schedule and his conversation with Hirani.

The reports suggest that the ideas is a two-hero film, something on the Munnabhai lines, with SRK and a young actor sharing screen space, the next idea is an immigration story set with the backdrop of Canada.

SRK was kicked about both the ideas he is willing to take the immigration idea on the first spot.

While pitching the immigration story - demanding a senior actor - to Ranbir, he felt SRK is an apt choice.

“Hirani had also discussed the immigration story with Ranbir on a personal front, that he is developing at present for Shah Rukh Khan. RK had loved that one too, but, the story demanded a senior actor. Hirani had expressed his idea of making it with Shah Rukh Khan, and Ranbir felt that the actor would fit the character like a hand in glove. Ranbir has gone around in his friend circles saying that the SRK - Raju Hirani film will be a game-changer for Bollywood,” the source added.

So far, the filmmaker is said to be working on the second bit of the movie with SRK, also as per an insider, the filmmaker never takes his film on floors, until he is thoroughly done with his writing material.

The source pointed out, “He has had multiple drafts of the script, but still finding the ideal closure to the story, which is resulting in delays. Once the script is locked, the shoot wouldn’t take long, as the maker intends to wrap it up in a quick span of five to six months. He just has to execute all that’s written on paper.”

After wrapping SRK’s film, Hirani will reportedly work on the idea presented to Ranbir Kapoor. However, the source also mentioned that the filmmaker is planning more than one film with Ranbir.

He will be seen sharing the screen space with Alia Bhatt for the first time in Ayan Mukerji’s ‘Brahmastra’. The movie will also star Amitabh Bachchan, Nagarjuna Akkineni, Dimple Kapadia and Mouni Roy in key roles.