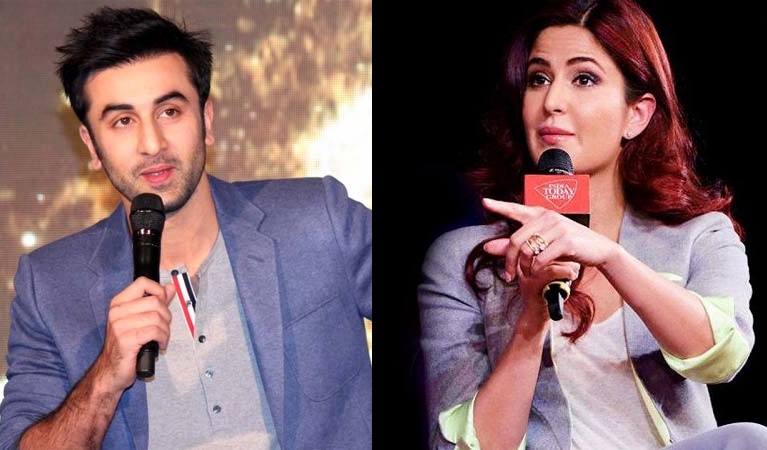 Ever since their bitter break-up, Ranbir and Katrina have kept their distance from each other. The ex-lovers have done their best to avoid each other at parties and events. But with the release date of their movie 'Jagga Jassos' nearing, the duo is forced to make appearances together. The former lovers have been handling their professional relationship very well, however, in a recent interview with VJ Xerxes on MTV Insider 2, the duo was seen getting extremely uncomfortable and the awkwardness and tension was between them was palpable.
When VJ Xerxes asked them about their chemistry, Katrina rolled her eyes and said, "Before he used to think that we are both coming on the set and we are in this together. Now, he comes on the set to teach me. We need to just understand that we are in his great presence and learn with humility and silence, which I am fine to do" and a sarcastic Ranbir replied, "I just want to better her in every way possible, as a human being, as an artist, as a star. So whatever I can give I want to because she gave me a lot in my first two films with her, Ajab Prem Ki Gzab Kahani and Ranjeeti. I just wanted to pay back and produce a film and I made my first film I wanted to cast her because I wanted to do something special for her."
Watch the segment here:

soul76 3 years ago Ranbir is the biggest ass in the industry. Despise him so much.

Navina Bole all set to make her comeback post Pregnancy in ...
25 minutes ago

Jiya Shankar roped in to play the new lead in the second ...
37 minutes ago