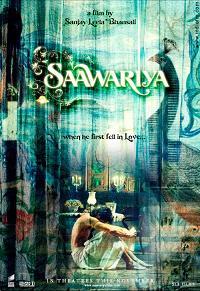 The most awaited film of the year Saawariya's title track  'Saawariya' will be showcased exclusively on Channel [v] on Sep 15 & 16, 2007 from 8.00pm onwards. Until now, the teaser promos of the movie, which is directed by Sanjay Leela Bhansali, do not reveal Ranbir and Sonam's face, but viewers can catch a sneak peak into their chemistry on Channel [v].

Following this, the channel has queued up heavy promotional plans and intends to leave no stone unturned to publicise the film. Viewers will get a sneak peak into Saawariya from mid October, which will continue till the release of the movie in November. Keeping in sync with the flavour of the movie, the campaign will be designed around love. Saawariya will be promoted across various shows on the music channel.
Featured Video 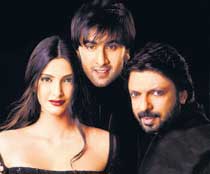 It will also be crowned as the movie of the month as well as the Movie No. 1 for October. Behind the scenes action and pre-release promotions will also include featuring the Ranbir and Sonam as [v] Hero and [v] Goddess respectively.

Special interviews of the duo will be showcased with VJs like Lola Kutty, Juhi, Neil and Gill. Along with the newbies, director Sanjay Leela Bhansali will also give an insight into the story of the film on Channel [v].

So Folks, watch out for more news on Saawariyaon Channel [V], and ofcourse, wait for the fresh news faces Ranbir Kapoor and Sonam Kapoor to hit the Silver Screen... 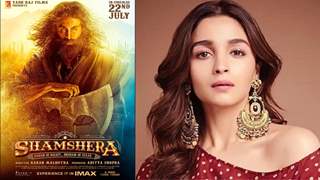 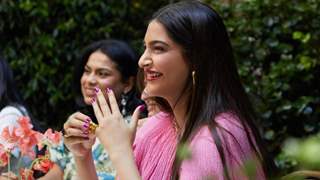 Baby is now well on its way: Sonam Kapoor shares unseen pictures of ...

+ 3
14 years ago cant wait, for this.
first time a great job on advertising for new faces! in Bollywood!

14 years ago hey you guys if you want to watch the promo you can go on www.saawariyafilm.com

+ 2
14 years ago i can't wait! i just adore sonam & she and ranbir make the cutest couple!

14 years ago Saawariya's promo is great, looks like magical... Really looking forward to watch this movie :D
Thanks

14 years ago great!cant wait to see the movie and before that promos.
Hina

14 years ago i cant wait. sonam got the hindustaani style which i think none of the women in bollywood has it.