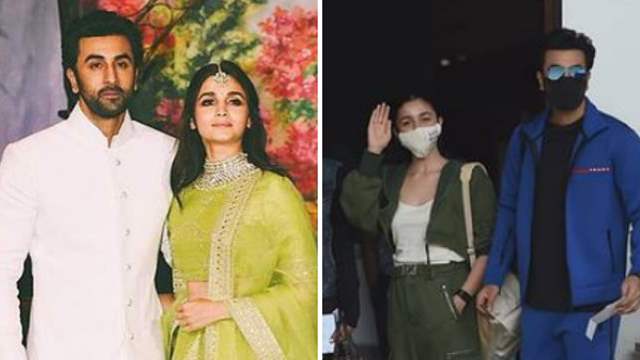 Just a day ago, Alia Bhatt was spotted at the Mumbai airport with boyfriend Ranbir Kapoor, his mother Neetu Singh and sister Riddhima Kapoor Sahni. Soon, couple Ranveer Singh and Deepika Padukone also arrived at the airport and it was confirmed that all of them were jetting off to Jaipur together. Hours later, a close friend and filmmaker Ayan Mukerjee also reached the airport.

Well, at first it was believed that the love birds Alia-Ranbir and Deepika-Ranveer are all set to bring in the New Year together in the Pink City, now it looks like there is a special reason for all of them to gather together.

A report in Bollywood Hungama suggests that Ranbir and Alia will be getting engaged today at Rathambore in presence of family members and close friends. The report also adds that Alia’s father Mahesh Bhatt and Adar Jain have already reached Ranthambore while Karan Johar, who is in currently in Goa at present is expected to take an early morning flight and arrive just in time.

“They are all staying together at Aman Hotel in Ranthambore. At first, we all thought it’s a vacation to bring in New Year, but with full attendance of RK and Alia's close pals, we are forced to think if they are getting engaged today. We heard from someone that a closed engagement ceremony might take place in hotel today," a source informed the portal.

This report comes after Ranbir confirmed his wedding with girlfriend Alia in a recent interview. While speaking to journalist Rajeev Masand, RK opened up about his wedding with Alia and revealed that they had been married if the pandemic had not hit their lives.

Well, we cannot wait for the official confirmation!