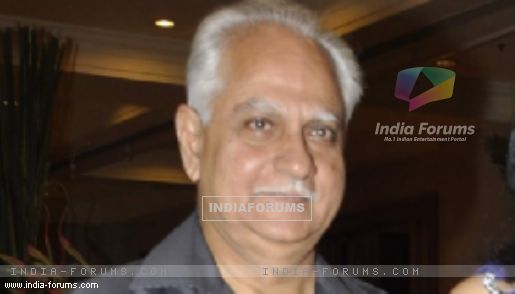 Hema Malini and director Ramesh Sippy are working together after almost 40 years and the actress-politician says he is still the same and is very mischievous with her.

Would they again generate the same hysteria with their fourth outing together titled "Shimla Mirchi", which also stars Rajkummar Rao?

"It's hard to say from so early in the shoot if the film would turn out to be as special as our earlier films. I am working with Rameshji after nearly 40 years...We picked up the threads of our association as if the big time-gap didn't happen in-between," said Hema Malini.

She says the director has a very special way of bonding with her.

"He is very mischievous with me. There is a glint in his eye and a secret smile that hasn't faded with time. He is still the same. Shooting with Rameshji is still a lot of fun," she said.

If reports are to be believed, the story is about how a single mother (Hema Malini) and her daughter (Rakul Preet Singh) fall in love with the same man.

Quite a bold departure from what she has done so far.

"It isn't as if I haven't done any bold films. I did films like 'Rihaee' and 'Lal Patthar' where I played unconventional characters. However, 'Shimla Mirchi' is not a bold film. It's a very sweet, tender and endearing film about human relationships. I haven't yet started shooting with the youngsters. But I am looking forward to it," she said.

Initially, the actress could take only three days off from her political work to shoot in Shimla. She intends to continue with her political career.

"Although a majority of time is now taken up by my work for my constituency in Mathura, I will continue doing an occasional film, maybe one every year. I am first an artiste and then a politician."

"In fact, I got a chance to be a MP because of my name in cinema. And I should never forget that. People in my constituency ask, 'Hemaji, when do we get to see you in another film?'," she said.

The Dream Girl, who hasn't faced the movie camera for a year now, says Ramesh Sippy made her an offer she couldn't resist.

"Rameshji insisted. And when I heard the script I knew why. At my age, actresses don't get such important roles that easily," said the 65-year-old.

And the actress, who last produced "Tell Me O Kkhuda", has decided to never go into film production again.

"I lost loads of money on every project that I've produced so far. So thanks, but no thanks. No more film production for me. I'll act in selected films. The rest of my time would be devoted to my constituency," she said.