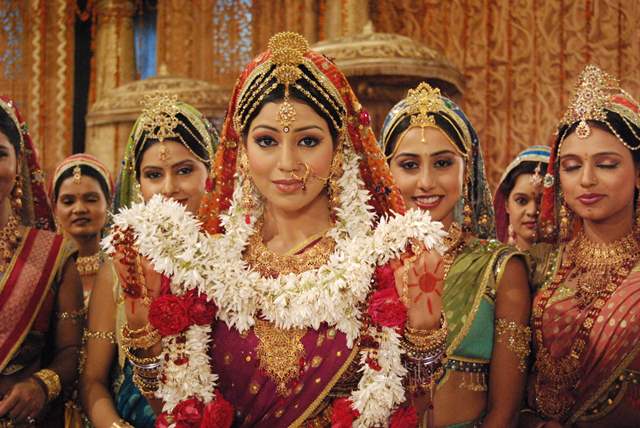 The shooting of Anand Sagar’s Ramayan has been nothing less than a daredevil task for the entire cast. From Gurmeet Choudhary having head injuries to being hospitalized, the shoot of the show has put the actors to the ultimate test. In a recent revelation Gurmeet shares one incident which could have been fatal for Debina Bonnerjee (Sita).

Recollecting about what could have been a catastrophic incident while shooting the wedding sequence, Gurmeet Choudhary recalls, “Debina had this incident, we were shooting for a scene in the show, she had all this headgear and she was also wearing some really inflammable material, the dupatta she had on her head was so long that we didn’t quite notice, it was inside the havan-kund and it caught fire, thankfully, our DOP saw it and immediately raised an alarm. I helped her take the dupatta off of her head. It would have been really bad.”

The show is currently airing on Dangal TV and has been one of the most watched shows in its time band.

Watch Ramayan, the epic tale of promises and ideologies every evening at 7.30pm and repeat telecast at 9.30am only on Dangal TV.

hira2010 4 months ago These incidents wasn't told before when the shows airing now suddenly came in lame light seriously how could possible when main lead had fired accident and another one head injury but fans or no media wrote article ?

Mishty54 4 months ago Surprised why all these stories remained untold ...Though this couple is too much social media friendly. Don't know...Every time I found the conversation of this couple contradictory to their own previous versions. 😂😂😂 Read the line...Got hurt by head gears and hospitalized. Earlier they told that he was hospitalized because of typhoid. In his wikipedia his DOB is 1984 but in 2008 he was 20-21 😂😂😂😂 In one interview he said that Ramayan got him first bollywood break.2008...Till 2015 Again in another interview he said Geet help him to get his first bollywood break. Arre bhai pahle soch lo kya bolna hai.Yeh public hai sab jaanti hai.😂😂😂 But I ll surely advise Gurmeet to improve his off screen persona