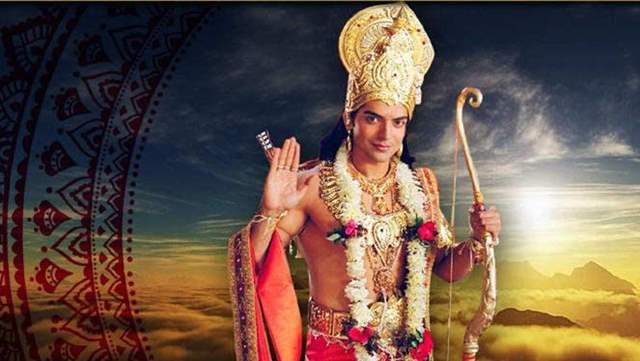 Actor Gurmeet became a household name in 2008 by portraying the character of Lord Ram in Anand Sagar’s Ramayan. Since then he has been entertaining the audience through his work in the television and film industry. Currently, the show is re-airing on Dangal TV and while watching it Gurmeet recollects a lot of memories attached with the show.

Sharing one such magical moment, Gurmeet reminisces the samadhi of Lord Ram which was a very emotional moment for him.

Explaining his emotional moment, Gurmeet says, “By the end of the show, I got extremely attached to the character of Lord Ram. The most emotional moment for me was when Lord Ram takes samadhi in Sarayu river. It was a 20-minute scene in which Lord Ram comes along with the villagers and takes samadhi in Sarayu river. It was a little difficult to shoot in the flowing river. Around 4-5 cameras were fitted to capture the scene perfectly. This had to be a one-take shot. After immersing myself in the river, I had to hold my breath for a few seconds. Since it was a dangerous scene, I witnessed death very closely. In such a scenario we start recollecting all our old memories. Since I was associated with the show for a very long period, I began recollecting every moment from the set. As soon as I took a dip, I felt the aura of Lord Ram and felt as if he himself was standing in front of me. It felt that Lord Ram came to bless me for my work. It felt like a sense of achievement.“

Gurmeet’s dedication and hard work paid off and the show went on to become a hit.

Anand Sagar’s Ramayan is entertaining millions of viewers once again. Ramayan, the epic tale of promises and ideologies is aired every evening at 7.30pm and repeat telecast at 9.30am the following day only on Dangal channel.

I struggled for one and half years before getting the role of Lord ...

I was 30 feet off the ground with my costume & accessories which ...

I did not hesitate to play Lakshman again: Arun Mandola

"I would visit Shiv Mandir and recite Shiv Tandav to prepare myself ...

Ramayan 2008: Gurmeet Choudhary reveals how eating olives instead of ...

Hina Khan shares that she felt like a baby working in Naagin ...
7 minutes ago

Varun Dhawan and Kiara Advani all set to star opposite each ...
17 minutes ago