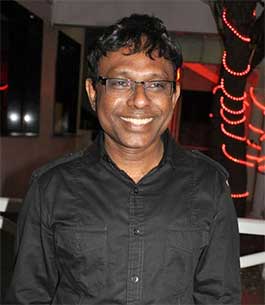 Music director Ramesh Vinayakam, widely known for his melodies, has composed the music for upcoming Tamil-English bilingual biopic "Ramanujan". He says his music represents the hope and despair of maths wizard Srinivasa Ramanujan, on whose life the movie is based upon.

"It's an honior to have composed music for the film 'Ramanujan', which is about such a genius. The music represents the tribulations of Ramanujan's life, torn between hope and despair, and the loneliness that came along with the genius," Vinayakam said in a statement.

"It was great working with director Gnana Rajasekaran and Camphor Cinema, they gave me the creative freedom required to compose music for such a film: a historical biopic," he added.

The composer used no modern instruments, and made sure all old world instruments were used in order to bring the period alive. The background music has been subtly woven into the narrative, aiming to transport the audience back in time.