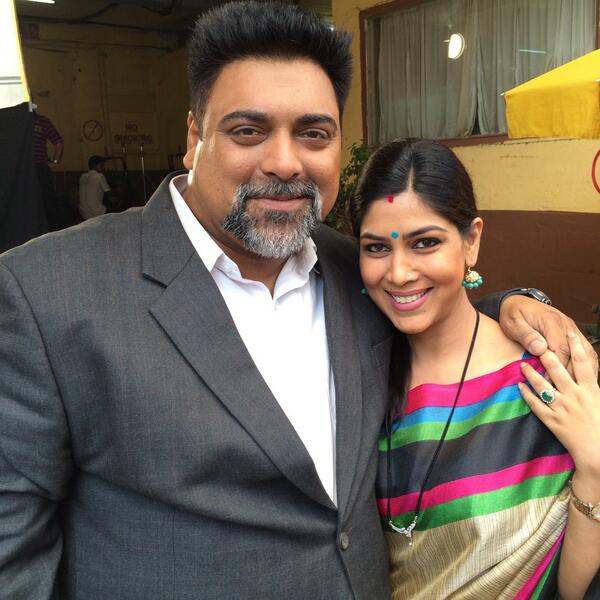 Ram Kapoor who is currently seen in the show Bade Acche Lagte Hai on Sony TV was not seen in the show for some time now as he was busy with the other professional commitments. As Ram has been associated with the show for more than a year the actor wanted to spend sometime with his family and was away with his family for a mini vacation.  But now finally Ram has resumed back for shooting.


In the show Ram has been put behind bars for the murder of Sammy (Lavin Gothi). All this while to keep the audiences glued to the show an interesting murder mystery has been introduced in the show. Priya (Saakshi Tanwar) is hell bent to free her husband as sh knows the fact that Ram is innocent.

Well, now the murder mystery has come to its peak where the real culprit will be unveiled.

Our sources say, "The culprit is non-other than Sammy's ex-girlfriend Suhani (Ekta Kaul) who is bearing Sammy's baby in her womb. When the truth will be revealed in the entire family, the members will be in a state of shock. Suhani will be handed over to the cops. She will be put behind bars with an unborn baby and Ram Kapoor will be released. This will bring happy days back in Kapoor Mansion. Ram Kapoor has already started shooting for the show."

Ram Kapoor has tweeted about his come back stating, "Shooting with Sakshi after sooo long!! I really missed shooting with her... She's the best costar I've ever had!!"

6 years ago Am really happy.. Ram is back.. But why suhani??

6 years ago With designer mooch and hairstyle,is he coming out of jail or returning from business trip?

6 years ago I knew it. It was gonna be either suhani or rajat