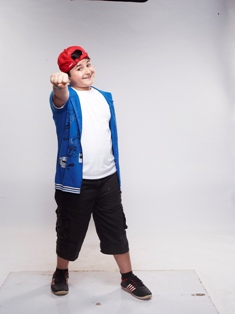 After news of Sargun Mehta hosting the new season of Boogie Woogie got out, there has been buzz about the second host on the show. It is now been confirmed that Rakshit Wahi will co-host the show along with Sargun.

Boogie Woogie, the nation's first and original dance reality show is returning after a hiatus of 4 years.

This season will see kids aged between 6 - 14 years battle it out for the kid's championship. It will be for the first time that the show will have a host and not just one but two!

Sargun has played many popular characters on screen and Rakshit was last seen playing the character of Sunny in Parvarrish. Both Sargun and Sunny will add freshness to the much popular show.

niya_ss 6 years ago All the best Rakshit...u were awesome as Sunny :)