Bharti aka Ragini Khanna in Sony's Bhaskar Bharti is going thro' a phase of chaos, what with the entry of Bhaskar's parents followed by his cousin brother Nanhe (Mohit Daga). 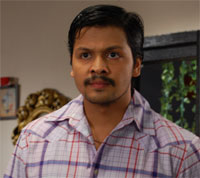 Featured Video
With Nanhe coming to town from Gwalior, the entire magazine office gets to know that Bhaskar (Eijaz Khan) was never in Gwalior, which is what they had been informed. Things get worse when Nanhe gets convinced that Bhaskar is missing, and someone in the office knows the truth. He decides to go to the police station to report about the missing Bhaskar.

Bharti is completely shattered with Nanhe's untimely arrival. Payal hits upon an idea that Bharti should tie rakhi to Nanhe who is very vulnerable & emotional. They go to the police station, convince Nanhe and bring him back. It's Raksha Bandhan and Bharti decides to tie Nanhe a rakhi.

We talked to Mohit Daga aka Nanhe who says, "Nanhe is totally confused as he does not know who this Bharti is. There are some interesting tracks planned for the future".

Talking about his character, the actor states, "Mine is the only character that is rooted closely to the Indian culture in the show. I am enjoying playing this role. My character has been appreciated by audience, and in the coming track, there is even a makeover planned for Nanhe, where he will end up falling in an affair".

Will Bharti manage to win over Nanhe on this Raksh bandhan? Stay tuned to the Raksha Bandhan Special in Bhaskar Bharti on Wednesday, August 5th on Sony. 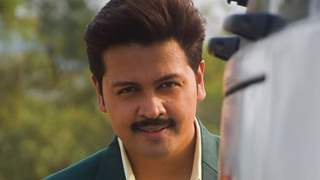 Mohit Daga: I am very excited because I will be playing a solo lead ...

+ 3
13 years ago can't wait!! lol, nanhe's makeover should be very interesting!! i wonder if he falls in luv with anu

13 years ago this show is superb! nanhe getting a make over.......interesting and falling for annu;-)

Finally Bharti's problems are getting solved