It is heard that Rakhi Sawant is very happy to have bagged this item number. Rakhi who is seen in a realty show on T 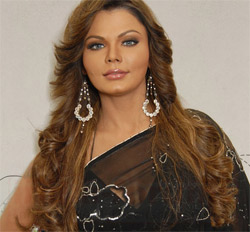 Featured Video
V and was also seen performing at the Sansui Awards recently, balances her work really well and gives her best shot at whatever she does!

Talking about her replacing Tanushree for the song, she says, "It's not my promise but my demand that I'll dance better than Tanushree. I didn't have time for the song. But as I came to know about what happened and as I realized that if I don't support the director then the producer will lose lacs of rupees invested in the song, I agreed".

Elaborating on why she accepted to do this item number, Rakhi states, "I have Ganesh Acharya, who choreographed my song in "Krazy 4", as the choreographer for the song. I call him as Masterji. When he called me up and told me about the song I couldn't avoid it. Again I have the golden chance to do it with Nana Patekar. I am his fan since my childhood and it's really sad that I didn't have opportunity to meet him. He will accompany my steps in the song. It's really a big thing for me. And you must know the blasting effect that two Marathis together can create on the screen". Well, not to forget, Ganesh Acharya too is a Marathi and as Rakhi states, it is surely going to be a blast as three Marathis join in to entertain the viewers. -(SAMPURN)