“The TRP’s of the shows were not too good and hence the channel decided to scrap down its afternoon slot. Now they are planning to air the re-run of their prime time serials,” says the khabroo.

We contacted Nupur Joshi the lead of Rakhi who confirmed saying, “Yes the show is going off air but I don’t know the reason, you better ask the channel.”

We called up Pintoo Guha of Film Farm, Producer of Rakhi to know more details. "We had been discussing about this since long. Anyways the show is coming to a logical end. The channel  felt the show has not made any economic sense and thus its going off air," he states.
While Parivaa Pranati of Vivaah fame quips that, “This show never got a good time slot anyways. I don’t know why suddenly the show is being pulled off air.”

As per our sources, “The last episode of Rakhi will be aired on February 6, while Vivaah will see its end in the last week of the same month. Nothing has been finally decided on it.”

We tried calling the Business Head of Zee, Tarun Mehra, but he asked us to contact the PR department.

As a confirmation, a reliable source from the channel informed us that, "The two shows will be going off air, but not too soon. We are coming up with a new strategy, so we are in the process of finalizing things. Once these two shows go off air, we will be airing re-runs till we come out with our next move".

Let’s see what will be the next step the channels takes for its revamp... 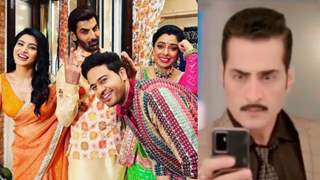 + 2
13 years ago aww that really sucks! I love both these shows!

13 years ago i will miss rakhi because it was a diffent show then other beside crying all the time, i like bhairaja''s acting and it did show side kids point of view that i did not see anyother show that they are showing, they could have made better but too bad it did not work out.

13 years ago i happen to love trishna, and i''m gonna miss the show.

13 years ago vivah is going offair because they hae nothing to show except trishna...and she is damn boring...and frustrating......nobody likes her....but still she is main lead of vivah....thank God its going offair...I only like shalini chandran and would love to see her in different show opossite to jatin shah.

Vivaah is boring as hell and they should have shut down long time ago but FINALLY GOING DOWN.

+ 4
13 years ago dude thank god!!
i hate these two shows!!
vicaah is bareable but rakhi is just crappy!!
good news