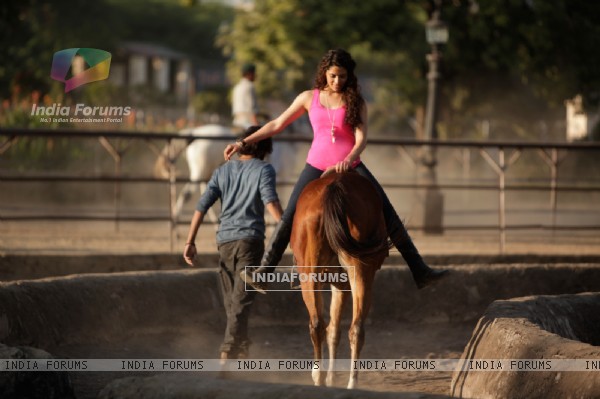 After the great success of Bhaag Milkha Bhaag, Rakeysh Omprakash is coming back with Mirzya, a contemporary love story set in Rajasthan. The director has taken a very different and unique style for shooting his first ever love story. The director has been following shooting in a linear fashion and has set a couple of ground rule for the principle actors.

While the director is set to create a mega launch pad the directors wants the actors to maintain decorum while shooting.

Rules no.1: After the shoot wraps up the principle actors are not supposed to mingle or interact with each other.

Rule no. 2: Actors are not supposed to consume alcohol on set. No party allowed.

Rule no. 3: The actors are supposed to be reach set 2 hours prior for rehearsal.

The film is currently being shot in various parts of Rajasthan. Mirziya is one of the biggest launches of 2016.