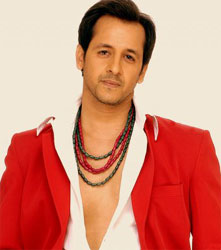 Rakeshh Paaul is a happy and changed man these days; happy after the launch of his production house 'Sailor Today & Rakeshh Paaul Productions' and changed because according to him, the spelling change suggested by popular numerologist Sanjay. B Jumaani did all the trick and favored him to fulfill his dream.

Says Rakeshh, "Yes, I have changed my spelling and I surely feel the change now. Sanjay Jumaani had once told my brother Rajeev to change my spelling, but I did not give it much importance then. But one day, when I was depressed, I called him and he suggested the extra 'H' and extra 'A' in my name. And now I feel like a changed man".

Ask him what is the biggest change that has happened to him after the name change, and the actor won't take a second to say, "I have launched by Production house and it can't get bigger than this".

His production company will take care of event management, plays and TV serials. As of now, the first big event will be a cricketing event in Singapore on April 5th. "We are organizing a cricket match at Singapore, and the match will be played between the top shipping companies in Singapore. We have gathered in total ten big companies, and the event kicks-off on April 5th", explains the actor with all enthusiasm.

Well, as for Rakesh oops Rakeshh, all's in the name buddy!!