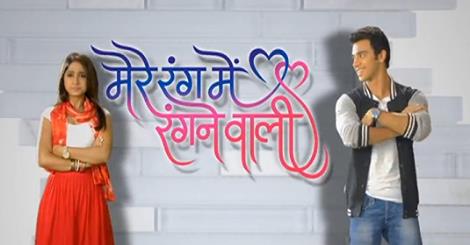 While Rajshri Productions' popular show Pyaar Ka Dard Hai...Meetha Meetha Pyaara Pyaara... on Star Plus is all set to go off air, its new show Mere Rang Mein Ranganewali is ready to hit the screens soon in the month of November.

The show's shooting was delayed due to some reasons, but now is all ready to go on air with its fresh star cast.

Our source informs us, "Mere Rang Mein Ranganewali will be aired from 17th November onwards and will get a time slot of 7.30 pm post Gustakh Dil."

Sana_Jannat 6 years ago PKDH will remain BEST all time...
Hoping for the best for ur MRMR ..

ms.ObseSSeD 6 years ago Waiting for this show!! After a really long timeI'm interested in a new show!! Can't wait...and I'm already in love with the guy that plays the main lead :-)

NeanderthalGirl 6 years ago Pyar ka dard hai is the best Rajsri production till date!! Soo sad that pkdh is going off air!!! But then..al good things come to an end!!

Mages 6 years ago one show...I am looking forward too...
but then I hope it doesn't ends up like pyar ka dard...where the focus is only on high-voltage drama...loved the promo...hope it focus on the love story