View Profile
Katrina's 'Rajneeti', is soon to be released. It is a story about the Indian democracy at foreplay, undermined and compromised as per the convenience of its governing politicians. The conversational dialect for the movie has been polished, fluent Hindi, a task that was allotted to Brit born Kat with heavy initial hesitance. The lady however, says her role in Rajneeti excites her more because she is now comfortable with the language. 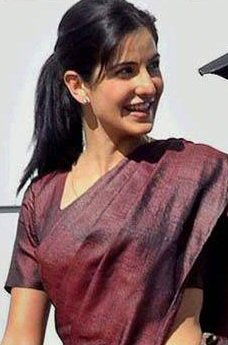 out this altogether new characterization which required her to master Hindi, Kat said that although she had spoken Hindi in all of last 10 films, this was different. She further states that Rajneeti is a good film not a mere entertainer, one that audiences must look out for.


Katrina Kaif who has delivered several hits, since she joined Bollywood, got a makeover in Prakash Jha's Rajneeti. Gone was the hip urban look, this time Katrina is the de-glam female lead in an ensemble of male line up. Instead, she will be seen dressing in cotton sarees.


Most of Katrina's initial films was dubbed, as she was not comfortable with Bollywood's usual language Hindi.


Also, her most chosen genre has been romantic comedies. This is a complete change for the B-town babe in many respects. She insists there is no fixed genre she is restrained by, and she wants her choices to be open.


Here's wishing Kat our very best for her attempt to be different!