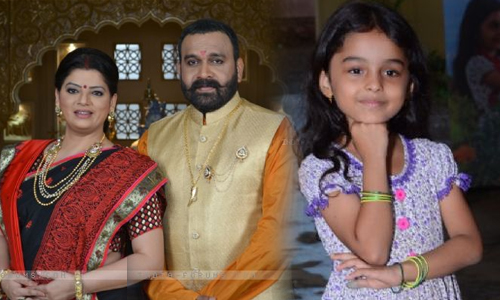 Colors' newly launched show Udann produced by Guruodev Bhalla and Dhaval Gada have been doing exceptionally well with the audience owing to the fresh concept and the uniqueness the makers of the show have brought in the tale. We had recently reported about Aditya (Sandeep Baswana) asking Chakor (Spandan Chaturvedi) as his reward and takes Chakor along with him to Lucknow.
Chakor being the bonded labor of Bhaiyyaji is trying with all his power and strength to get back Chakor home.
Our source informs, "Viewers have seen that Bhaiyyaji is trying hard to get Chakor kidnapped but all his efforts go in vain. Further what happens is, Aditya has written a book and Ishwer Raut has invited Bhaiyyaji and his family at this special occasion. Ishwer wanted Kamal Narayan Singh (Sai Ballal) to do the inauguration for the occasion. Ishwer Raut by now knows all the facts of Bhaiyyaji and wants to expose his in human side to the whole world who have been in disguise till this long."

"Ishwer had joined hands with a reporter who promised him that she will help him expose Bhaiyyaji's reality in front of the world. But just when Ishwer was to reveal the truth, Rajnandini Sing (Prachee Pathak) makes a swift move and completely change the situation. She will accuse Ishwer of not taking care of Chakor and that her young daughter like Chakor is not happy with him. So eventually, she will take a move from Lucknow taking back Chakor to their house. Later, viewers will also get to see the tricks and ways in which thakurain harasses Chakor. Moreover, she will come up with another game plan where she can stop Ishwer from revealing all the truth about their business of bonded labor," adds our source.
Well, now this really sounds an interesting track and the audience will definitely not be able to leave their seats.
Keep reading this space for more updates on your favorite shows.
Upasana Patel
5 Likes

RoseWine 6 years ago Its a lovely show so far I hope they don't ruin it!

Sevenstreaks 6 years ago So far its a Good Show ...hope it remains the same in future too...Spandan Chaturvedi is doing great job as Chakor...Baccha party s amazing

Craziest_MG 9 years ago Welcome back Salman...
I know even this time also you'll rock in Big Boss...
Get well soon...

GRECHAN 9 years ago Welcome Back my prince N all the d best 4 ur show Big Boss - 5. Loads of love & hugs.

Keva 9 years ago Get well soon Salman. Take care of yourself.