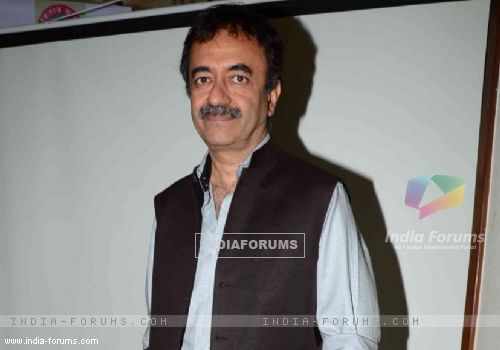 Kapri had kept a special screening for the "PK" director, who found the story of the film to be extremely unique.

"Vinod used to work for a news channel and when I saw the kind of story Vinod did ... the way he told the stories, there was a certain amount of uniqueness and I remember telling Vinod, 'Why don't you do a feature film? You have a knack of telling stories'," Hirani said in a statement.

"He (Kapri) completely surprised me when he told me that he has made a feature film. I remember seeing his film one night. I found the story unique and it didn't look like a film of first-time director," he added.

The "3 Idiots" director watched the film almost six to seven months ago.

"He was still working on it and I want to see it again as a finished film. What I saw back then, was pretty fascinating... a very unique story nicely told," said Hirani.

In the film, Kapri narrates the story of a man who is falsely accused by a village strongman that he has raped a buffalo. The powerful man of the village also gets the Khap panchayat to pass a verdict that he has to marry the victim -- the buffalo called Miss Tanakpur.

"Miss Tanakpur Haazir Ho", which stars Annu Kapoor, Ravi Kishan, Om Puri, Rahul Bagga and Hrishita Bhatt, is being marketed and distributed by Fox Star Studios and is set to release on June 26.