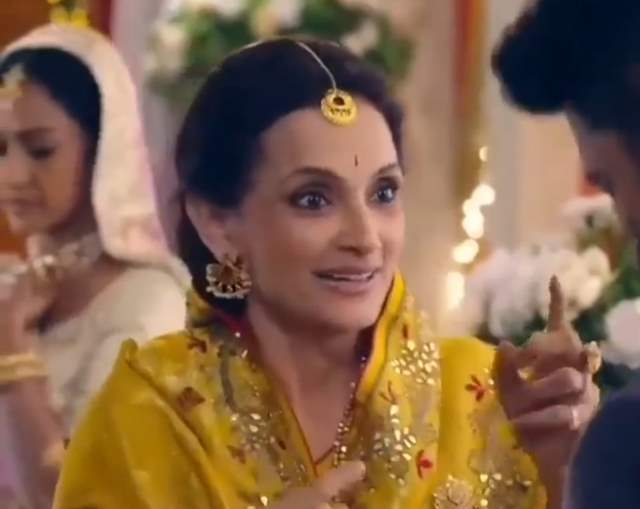 Coming across as quite a massive shock, actor Rajeshwari Sachdev, who plays the loveable Kusum Kothari in the Star Plus show, Shaadi Mubarak is all set to quit the show. That's right.

Reports suggest that Sachdev wasn't at all happy with the way her track was turning out to be lately and tried to tell the makers on multiple occasions too. Apparently, she wasn't coming on sets even for the past month and has not been shooting. She was quite upset because of her character not shaping up the way promised to her.

As known, in the show it is shown that her character has ovarian cancer and has form abroad for treatment which is a hint that she isn't a part of the show anymore and the makers also aren't searching for any replacement yet.

When asked ahout it, Sachdev did not divulge much just saying that she has taken a break from the show for some time. She also revealed that she has signed a project with an OTT platform, about which she will share details soon.

We are certain the fans of Shaadi Mubarak will miss the actor as much.

1 months ago She was a wonderful character without a plot to compliment it. Good for her. SM has gone down hill anyway

+ 6
1 months ago All of a sudden KT and Preety are a young couple planning for children etc Preety is always and only interested in her KT...ki khushiyan. it is all about Kushala KT and preety..the others has no importance.so better leave.

Shivanya108 1 months ago I kind of figured it out....I miss og preeti now more than ever

+ 2
1 months ago Preeti has ovarian cancer not Kusum. What the hell !! But i am too glad she quit the show. She deserves much better than this show !!!