Rajesh Vivek, popular for his role of Guran the fortune-teller in the Aamir Khan movie Lagaan is the next talented actor to be seen in Sony's Chittod Ki Rani Padmini Ka Johur. 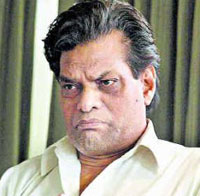 Featured Video
According to our source, "Rajesh Vivek will portray the character of Wise man and will be seen for two episodes, and is somewhat like Yaksh Prashn in Mahabharat. His character will go on to unfold lots of unsolved and heard facts about Ratan Singh and Padmini to the audience, which will include the revelation of Ratan Singh being married and having a son too".

Along with Rajesh Vivek, talented veteran actor S.M. Zaheer will also be entering the show. "He will be seen playing the renowned poet Amir Khusro", adds our khabroo.

"There will also be yet another entry in Ratan Singh's (Rohit Bakshi) brother Gajendra Singh, to be played by Aarya. He will be the typical brother to Ratan Singh, similar to Bharat of Ramayan", states our source.

13 years ago Wow. The show is finally picking up. Very excited!

+ 4
13 years ago this show is the best show being aired on TV at present!!! Man i love Pamdini to the core!! These new entries will take the show to newer heights!!

+ 3
13 years ago wow rana has son too tht did not know and many tlented actor entering show ......am glued to see all

+ 2
13 years ago Wow! Alot will be happening but Rana already has a son...=S
Great to have some prestigious name associated with the show. Looking forward to it.