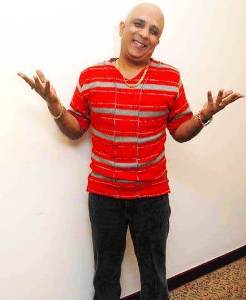 A source says, "Pritam Singh Pyaare is a self made millionaire, well settled in U.S. Today he owns the departmental store, where he used to work as a helper years back. Though he is a millionaire today, he leads a simple and grounded life."

Talking about his entry sequence a source informs, "Sasha always makes hype about her husband being a millionaire. But fact is, Pritam is very much simple from what Sasha has narrated. Therefore sticking to his simplicity, he will come by an auto rickshaw and will also be seen bargaining with the rickshaw driver, thinking that bargaining is the Indian mentality. He eats Vada Pav instead of Burger and will be totally be different to Sasha."

Pritam will be seen in a complete Desi version. After his entry, there would be a track where Pritam will join hands with Khanak (Yashashri Masurkar) and Shaan (Karan Tacker) to teach a lesson to Sasha. He will start shooting for the show within a couple of days.

We contacted Yashashree Masurkar aka Khanak who was clueless about the development and she says, "I don't have any idea about anyone entering in the show. It has come as news to me too."

We contacted Manini Mihir Mishra aka Sasha and she confirmed, "Yes, Rajesh Puri will be entering the show as my husband and I am looking forward to the entry."

Pritam's entry will be a spice added in Rang Badalti odhani…

+ 4
9 years ago you n sasha were hilarious together loved you !

9 years ago It was fun watching his role in RBO. Would be good to see him back. All the well for the future.

9 years ago He did an awesome job as PSP. Added some humour to the show

+ 2
9 years ago Loved his cameo!! RBO always ropes in amazing actors! But hope the focus is always on Shanak!