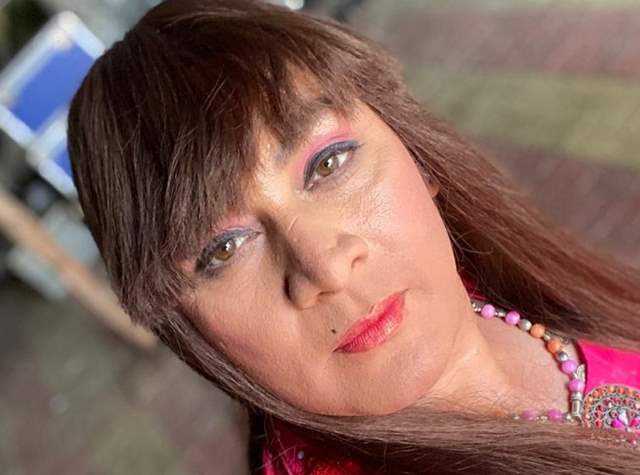 Actor Rajesh Kumar is all set to surprise his fans once again with his latest look in the Sanjay and Binaiferr Kohli’s Excuse Me Madaam. The actor plays the role of Sanam Harjaayi in the show. For one of the sequences in the show, he dresses up as a woman, and we are in awe! What beauty, what elegance, what sex appeal! Check him out!

Talking about the same, Rajesh says, “This is a sophisticated, subtle portrayal. Whenever men dress up as women, there is a tendency is to go over the top. But that is not the case here. All her reactions, mannerisms, everything is very subtle.”

This is not the first time that Rajesh has donned the avatar of a woman. “It took me 1.5 hours to get into this get-up. This is the fourth time that I have dressed up as a woman in my career. I have done it once for Comedy Circus, once for Sarabhai vs Sarabhai and once for Baa Bahu and Baby once,” he says.   Well Sanjay Kohli the king of comedy keeps bringing new surprises for the audiences. Producer Sanjay Kohli the king of comedy is leaving no stone unturned to make the show interesting. Edit II is one production house that has set the benchmark in terms of comedy on television.