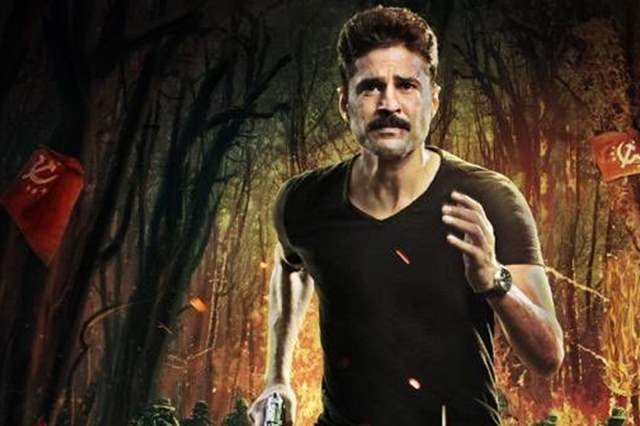 Actor Rajeev Khandelwal has certainly had a fascinating career of sorts where after his bold decision to quit TV over a decade ago, he achieved good success in films and has done well lately in the web world too.

However, after starring in dramas, suspense thrillers, even comedies, the one thing that Khandelwal hadn't done until now - is an out-and-out action thriller, isn't it?

Well, Khandelwal has that rolling as he will be starring in a Zee5 original called Naxalbari - Thok Ke Badla. The show/film will be releasing on 28th November and the poster of the same was revealed by the actor himself. He posted, "Revenge is best served Thok Ke. #ThokKeBadla #Naxalbari, premieres 28th November @zee5premium@arjunsbaran@RK1610IsMe@iamTinaDatta@ofc_sreejita@narayanishastri@ali_aamir"-

Khandelwal almost unrecognizable and rather amazing in this new look, isn't it? What do you think? Leave in your comments below.