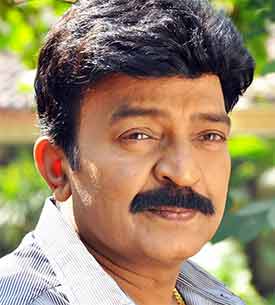 "I wouldn't call this a character role. I'm still playing the lead but I don't get to romance a heroine and dance in songs. I'm instead playing the father of a 16-year-old girl who is possessed. It's a very diverse role and I'll be interested in playing more such roles in the future," Rajasekhar told IANS.

"I think I've played enough lead roles. It's time to experiment. I'm getting interesting offers to play different roles. One such offer is the Telugu remake of recent Tamil dark comedy 'Soodhu Kavvum'. I play a very interesting character in it," he added.

Rajasekhar says he was never opposed to strong character roles.

"I always look forward to interesting roles but back in the days I wasn't offered such strong character roles. Directors and producers only offered me lead roles and even when I was interested in playing different roles, I didn't get any," he said.

Asked if working with RGV was a challenge, pat came the reply: "Working with him is very satisfying as an actor".

"He's someone who can extract the best out of any actor. I'm glad to have worked with him. It's been a long pending dream to work with him and I'm glad it has finally happened after so many years", said Rajasekhar.