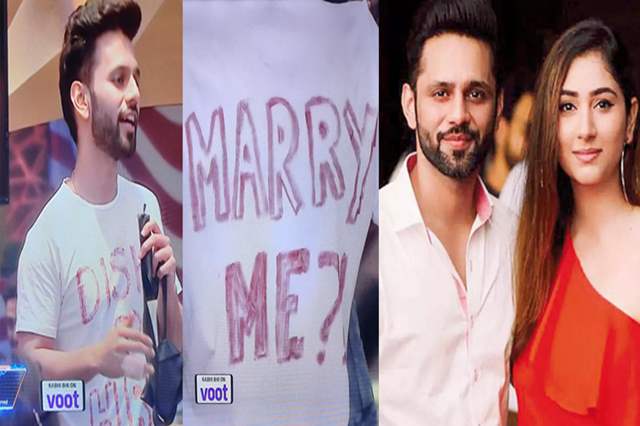 There was a constant speculation as to have Rahul Vaidya and will the man be actually proposing to rumored ladylove Disha Parmar. The duo have been constantly linked to each other for a long time now but they have never publicly accepted the same. The hints of how Vaidya will be proposing to Parmar were doing the rounds as 11th November 2020 is celebrated as Parmar's birthday.

This day was chosen by Vaidya to do the same and as seen in the precap, Vaidya has now proposed to Parmar on national television where he first wished her on her birthday and asked her is she will marry him.

Coming to Parmar's answer, she hasn't actually responded to Vaidya's public proposal as of yet.

We wonder what will her answer be.