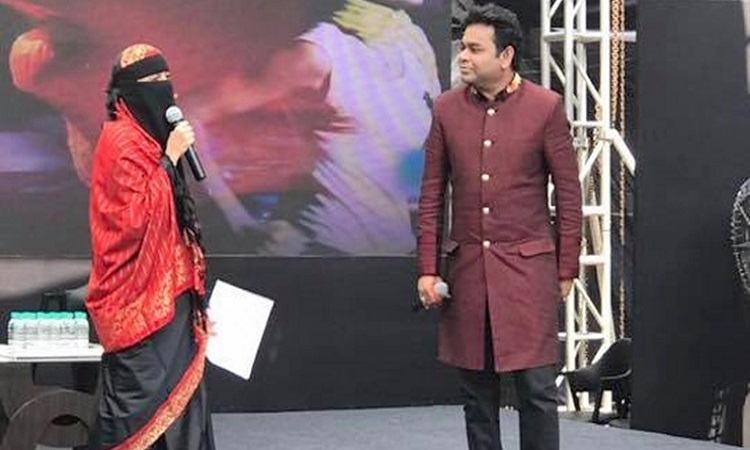 Oscar-winning Indian music composer A.R. Rahman, who was trolled on social media as his daughter Khatija wore a niqab at an event here, defended her "freedom to choose".

Rahman received flak on social media after a celebratory for 10 years of "Slumdog Millionaire", which had won him Academy Awards.

His daughter had shared the stage with him during the event. She wore a black saree and her face was covered in a niqab with only her eyes visible.

Photographs from the event led a section of social media users to raise questions.

Rahman on Wednesday took to Twitter to shut the trollers with another photograph, which featured Khatija, his other daughter Raheema, wife Sairaa, and Nita Ambani -- from the event.

"The precious ladies of my family Khatija, Raheema and Sairaa with Nita Ambaniji. Freedom to choose" wrote Rahman in a subtle yet strong response to trollers.