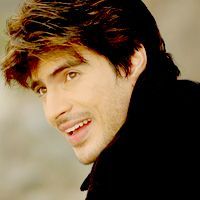 Our source says, "Rahil will soon be seen making a comeback in television with Bodhi Tree's upcoming show on Star Plus. Rahil has already signed the show and he will be seen playing the lead in the show which will be produced by producer Sukesh Motwani."

Our source further adds, "Rahil's entry will happen around 2 months later in the show."

SweetButSpicy 6 years ago omggg i missed him since i last saw him in Ye hai Meri Life hai as Ashmit &lt;3

.Crystal. 6 years ago Oh my God...Rahil, you're coming back! Best news ever! So excited for your show! =D

-ILoveSaRun- 6 years ago Rahil is an aamaazinng Actor! I was and Gonna be forever in love wid HATIM, the way he potrayed it.. Outstanding! No Doubt.. He is VERRY TALENTED!

hotchic 6 years ago Oh I Love Rahil. He is one of the best and most talented actors in Tellywood.

...Anushka... 6 years ago one doubt
I guess he will be playing the lead in the show which is gonna replace Mahabharata
not sure
Anyways congrats nd best of luck! :-)

sonia871 6 years ago I like rahil from hatim days...waiting for his show...