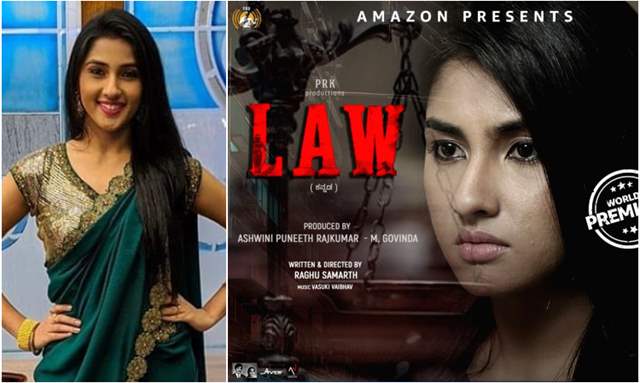 Speaking about the response from her family and husband Ragini Chandran talked about the encouragement and the push she has received.

During a recent interview, she said, “They were actually quite happy. With any decision I've taken until now, my family has always been the priority. They have always given me the push and the encouragement. When they saw the trailer, they were really happy. This was the first time when my father-in-law came to me and asked, how many views today? And we never speak about movies and it was good to see how we are together in this.”

The trailer has received a massive response from the audience and fans have been looking forward to this film. Talking about the expectations her family holds from the film, Ragini said, “I'm sure they will be happy with whatever comes out. They are my backbone. I know I've not done anything to put their name down, coming from a family of actors I've done my best; they are looking forward to it as much as I am.”

Previously, the debutant actor had highlighted how the team of Law intended to focus on quality and also said, “the script is what got me in especially when our director Mr. Raghu Samarth came in and narrated the script."

Law is produced by Ashwini Puneeth Rajkumar, M Govinda and directed by Raghu Samarth. The legal Kannada drama is led by Ragini Prajwal who makes her debut as a lead actress and Mukhyamantri Chandru, Achyuth Kumar, Sudharani among others. The film also features Siri Prahlad and veteran actor Mukyamanthri Chandru in prominent roles. Law is the first film from the Sandalwood industry to have a digital release.

The film has been created by Puneeth Rajkumar’s PRK Productions and will launch on July 17, 2020, exclusively on Amazon Prime Video in over 200 countries and territories worldwide.