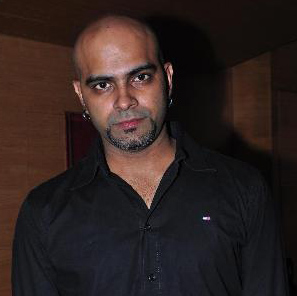 Having cast his first vote at the age of 39 in the ongoing Lok Sabha polls, popular reality television show host and actor Raghu Ram is hoping for a change as he campaigns for the Aam Aadmi Party (AAP).

"I am voting for the first time," said Raghu Ram, showing the ink mark on his finger during an interaction with reporters on the sidelines of a function here Friday.

"Earlier I didn't believe in this system. It was disappointing, frustrating and disgusting. No political party is good. They all are equally bad. I didn't want to be a part of that," said Raghu, an executive producer of the adventure reality TV show "MTV Roadies".

Now he sees new hope in the new political scenario.

"A change is possible. And a hope is worth fighting for. It's not that I am just voting, but I am also travelling in the country campaigning for it," said Raghu at the launch of The Bikers Cafe here.

"It is not based on religion, caste, gender, money, alcohol and corruption. A new direction, a new method of doing issue-based politics and taking a firm stand against corruption and communalism, for me, is the new hope."

"I have waited for this moment all my life and now when it is here, I am going in full force," he said.

Raghu has also recorded a song with Agnee and Indian Ocean for a film called "Yeh Hai Bakrapur" which is based on the elections.

Asked to spell out his message for the youth, Raghu said: "Those who follow me, this is for them - I am walking the talk, don't just go by what I say, see what I am doing and if you get inspired, then go out and do it."