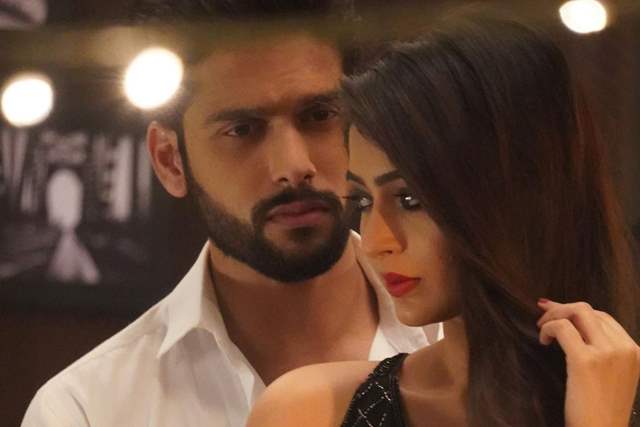 Star Plus show ‘Mehndi Hai Rachne Wali’ is getting extremely intriguing with each passing episode. The current track of the show revolves around Pallavi figuring it out that Mandar’s accident occurred because of Keerti. However, Raghav is trying his best to protect Keerti.

In the previous episode, Raghav surrendered to the police stating that he’s responsible for Mandar’s accident. Pallavi got stunned with Raghav’s action and did something that led her into the jail as well. Both Raghav and Pallavi are now behind the bars.

In the upcoming episode, Pallavi requests Raghav to explain to her what exactly happened on the fateful night of Mandar’s accident. Raghav tells her that he saw Keerti hitting Mandar and fleeing from the spot but he got Mandar admitted to a hospital and got him treated. He later also enquired about his well-being and he was informed that Mandar is fine and would leave with his relatives soon and that’s why Raghav was relieved. This update shocks Pallavi and she believes that there’s much more to the case than what meets the eye.

Sunny tells Keerti that they should leave the country before the police can solve the case. Sunny asks Keerti to arrange for some cash. Keerti is about to elope with Sunny but just then she hears Raghav and Pallavi returning from the jail. Jaya gets elated watching both of them return to the Rao Mansion. Pallavi tells Jaya and Keerti that she is determined to get the criminal arrested.

2 months ago finally the real criminal is arrested.....:)now next track, Raghav's realisation of love for Pallavi..

2 months ago Sunny must be punished

2 months ago Also one more thing is that RR is shown as the “bad person” but as the show progresses, we know he’s a good man. The holier than thou ones are the real villains. Like Kirti. Such a disappointing sister and a disappointing human being.

2 months ago The show and RaghVi are absolutely stunning

2 months ago This show is the best show .. has an awesome cast, Sai Ketan Rao, Shivangi Khedkar & all other actors… the storyline is very realistic and the story is continuously moving at a good pace. MHRW rocks