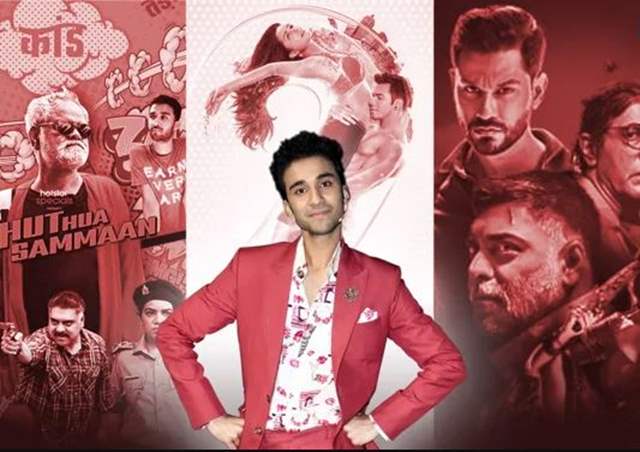 Bahut Hua Samman is a satire that sheds light on the struggles of today’s youth and scams that have affected the society, but with a pinch of salt and a truckload of humour. Starring Sanjay Mishra, Raghav Juyal, Abhishek Chauhan, RamKapoor, Nidhi Singh, and Namit Das, the movie features dabanng characters and quirky one-liners that bring alive the charm of heartland India. From the lanes of Varanasi to the renowned Ghats of the Holy city, the ensemble cast of the movie including Sanjay Mishra and Nidhi Singh take a trip down the memory lane

Raghav Juyal and Abhishek Chauhan who play engineers had a great time filming in the campus of Banaras Hindu University in Varanasi. The two young boys stayed at the campus for 4 days before they commenced shooting. Raghav’s experience of essaying an engineering student got him a few learnings and also gave a lifetime memory of the campus.

Speaking about the campus experience as an engineer, Raghav recalls how he enjoyed gearing up for the role and says, “We had a great time while shooting, Abhishek and I had the privilege of staying in the campus for 4 days before we started the shoot. To understand our roles and to get in the skin of the character we spoke to the students, spent some great time with them talking about many things over chai and lassi. We played, we sang and had super fun. I realised Engineers learn the virtues of patience and loyalty to friends through the four years of college. Through this experience for Bahut Hua Samman, I was taken on an incredible journey of experiencing it first hand. I truly salute all the engineering students across the country who pull this feat off relentlessly and I am so glad I was given this role as Bony. It was an experience that I will never forget because not only was it relatable, but an adventure that I looked forward to every day on set.”

Featuring an ensemble cast of actors like  Sanjay Mishra, Abhishek Chauhan, Raghav Juyal, Nidhi Singh, Ram Kapoor and Namit Das in pivotal roles, the film is set to premiere on Disney+ Hotstar VIP. Directed by Ashish R Shukla, Bahut Hua Samman is the hindi-heartland satire on the politics and corruption that depicts the reality of the nation in a humorous way