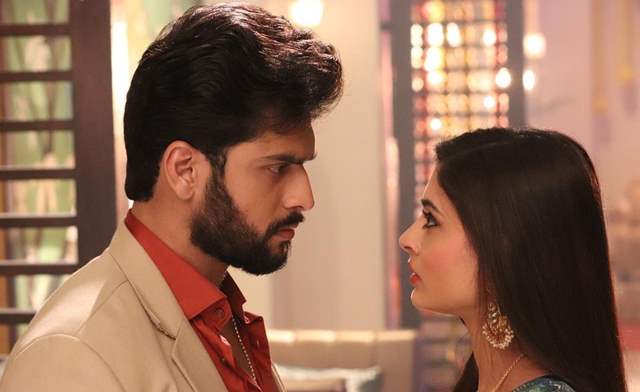 Star Plus show ‘Mehndi Hai Rachne Wali’ is getting a lot of love and adulation from the fans. The current track of the show revolves around Raghav carrying out illegal business. Sunny has learned the same and has decided to unveil it in front of Pallavi. Police inspector Laxmi is investigating Raghav’s case and she is hell bent on exposing him.

In the upcoming episode, Raghav revels to Farhad how he exchanged the register from the real one that Sunny had. Raghav tells him to cancel all the deal for a few days as both Sunny and Laxmi are behind him. Farhad informs him that Abhishek is out with diamonds as they have a very important deal. Raghav asks him to cancel the same. Farhad calls Abhishek but he gets busy speaking to someone else. Laxmi gets the tip about Abhishek and she follows him. Abhishek starts to run, Pallavi is also around. Abhishek throws the diamonds in Deshmukh Emporium. He gets shot. Police get him to the hospital.

Raghav learns about Abhishek being attacked and feel bad for him and his family. He asks Farhad to send monetary help to his family. Pallavi gets shocked seeing Abhishek getting killed in front of her eyes. She gets shocked. Raghav try to comfort her. Laxmi gets a 24 hour ultimatum to find proofs against Raghav Rao.