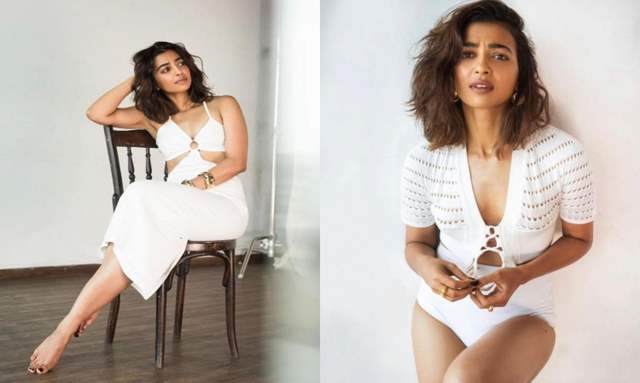 Bollywood actress Radhika Apte has established her presence in the OTT world with a series of films and series. The actress is highly appreciated for her acting skills and basically known for taking on unconventional projects and bringing alive an alternate cinema for Indian audience but this time it's all different.

Recently, the actress found herself embroiled in controversy after old photos of her from the Leena Yadav directorial film Parched surfaced online. The photos show the actress in an intimate setting with Adil Hussain and Tannishtha Chatterjee. A few netizens are upset with her decision to perform a nude scene on-screen in front of an entire audience.

On social media, the hashtag '#boycottRadhikaApte' has been trending because netizens are claiming that the scene violated 'Indian culture' and are demanding to ban the actress.

People found her nude photos in the film objectionable. Majority of them complained and accused Bollywood films of 'insulting' and 'destroying' the country's culture. Radhika Apte has become the latest victim of trolls. Notably, the criticism is being leveled on social media in the midst of Raj Kundra's pornographic case, for which he is being held in police custody.

Earlier, speaking to ETimes about her nude scene in Parched, the actress expressed the experience was intimidating, but it allowed her to explore her sexuality and body.

Having to be nude on screen was a little intimidating. Now, I can bare it all anywhere. I’m proud of my body shape and size. Of course, that film went to so many places and that led to more work and appreciation.

She also expressed that 'Parched' gave her the opportunity to explore her sexuality and body image.

The film 'Parched' was released back in 2015 directed by Leena Yadav and produced by Ajay Devgn. It starred Adil Hussain, Radhika Apte, Surveen Chawla and Tannishtha Chatterjee.

3 months ago India's history is replete with the artistic display of female form. No need for people tie themselves into a knot. If she's comfortable with it, we should just let it be.

3 months ago This woman belongs to the streets. I better not see anyone complaining about women being objectified. Most of them objectify themselves all the time. Radhika Apte is proof of that. I wonder what her husband has to say about this now that the whole world has seen her BOOBIES.