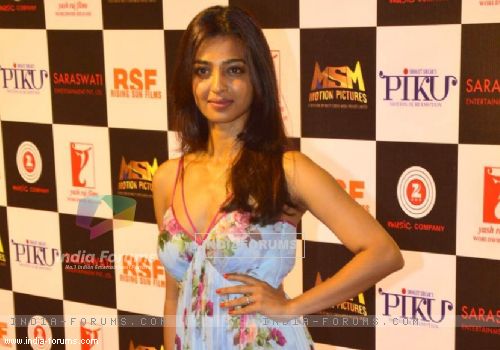 Not many know that actress Radhika Apte has a flair for singing.

This goes way back when she was kid and when the actress's grandmother use to teach her singing and take music class. Radhika's grandmother who herself is a singer use to take a two hour class with her local students which Radhika used to also join.

However after moving to Mumbai, the actress has left the same and it's been a while that Radhika had stopped taking music classes. Although, now the actress wants to go back and pursue the classes and has also hired a trainer for same! Radhika likes learning new things and singing is one of them.

Radhika shares, "I remember how my grandmother used to teach me singing back then when I was really small. It has been a while that I had stopped it but now I want to resume and start taking lessons again."

The actress who is currently in Himalayas exploring and backpacking will soon be back and resume shoot for her next film, Bombariya.