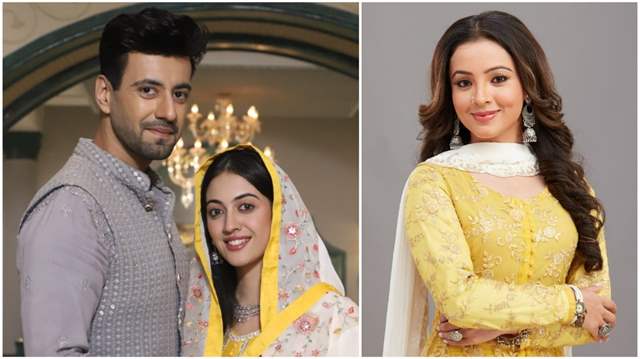 Zee TV has been a trendsetter in shaping television content over the past three decades. Having narrated several stories that have resonated beautifully with audiences across India and given us recent successes like ‘Pyaar Ka Pehla Naam Radha Mohan’ and ‘Teri Meri Ikk Jindri,’ Zee TV and LSD Films have come together yet again to present viewers with a new fiction offering – ‘Rabb Se Hai Dua.’ While this strong drama is all set to premiere on 28th November 2022 and will air every Monday to Friday at 10 pm only on Zee TV, looks like the promos of Rabb Se Hai Dua have already become the talk of the town due to its hard-hitting storyline.

Set against the backdrop of Old Delhi, the show focuses on the journey of Dua, who is married to Haider. A pure soul and a remarkably simple girl at heart, Dua feels truly blessed and grateful that she is leading what she considers a perfect married life, until one day when Haider confesses to having fallen in love with another woman, Ghazal. He seeks his wife’s permission to marry her and while Dua is left shattered, she chooses to stand up to her husband and asserts the appropriate interpretation of the Quran Kareem, which spells out the circumstances that justify a second marriage! The underlying thought and the sensitive manner in which the show will address it will have a major impact on the minds of the viewers!

Rabb Se Hai Dua will see popular television actress Aditi Sharma essay the leading lady Dua. Though she is someone who treats everyone with a lot of dignity and respect, she also doesn’t fear taking a stand for herself, whenever needed. On the other hand, Haider, will be played by well-known actor Karanvir Sharma, who is a responsible son and husband. For him, his wife Dua is more of a 'farz' and an 'aadat,' rather than someone he ever fell in love with. Having spent all his life keeping everyone else and their wishes ahead of his own interests, he is for the first time about to pay heed to his own feelings and request Dua for her permission to marry the woman he has falln in love with. Besides them, actress Richa Rathore will be seen playing the role of Ghazal, who believes in the life mantra of ‘You Only Live Once’. In fact, she is a rebel who does not believe in the rules of society and has a very modern outlook towards life. Though she is unapologetically in love with Haider and trusts that love has no boundaries, it remains to be seen if she will get to marry him since he is already married to Dua.

Producer Prateek Sharma of Studio LSD adds, “After presenting audiences with successful shows like ‘Manmohini’, ‘Teri Meri Ikk Jindri’ and ‘Pyaar Ka Pehla Naam Radha Mohan’, our next association with Zee TV brings forth a strong story where our lead protagonist Dua takes a stand when her husband seeks her permission to marry another woman. We have a stellar cast on board and the writers have gone the extra mile in ensuring that we get the nuances right."

Aditi Sharma, who essays the role of Dua, mentions, “Coming back to Zee TV after almost 4 years is like homecoming and I am thrilled to be part of this intriguing show. My character, Dua, is a kind-hearted girl who is enjoying a happy marital life, until her husband expresses his desire to marry another woman and her world falls apart. She will take a strong stand while remaining a dutiful wife. Her journey will be heart-warming, and I am sure everyone will fall in love with her. What’s more is that I have never played such an intense character, which makes Rabb Se Hai Dua very special for me.”

Karanvir Sharma who essays the role of Haider added, “This is my first Zee TV show, and I am really excited for Rabb Se Hai Dua as it is a very captivating tale. My character, Haider, is quite different from any character that I have played before. He is someone who takes his responsibilities very seriously and has been placing the needs of everyone ahead of his own. However, he finally puts his needs in front of others, but the circumstance under which he does it, is quite unique. I am sure everyone will be hooked to their TV screens, and I hope they shower our show with a lot of love and respect.”

Richa Rathore who essays the role of Ghazal mentioned, “I made my television debut in 2018 with Zee TV’s Kumkum Bhagya and I am thrilled to be back on the channel with a show like Rabb Se Hai Dua. I play the role of Ghazal, a free-spirited girl who is well-read and loves to live her life on her own terms. Being a hopeless romantic, she thinks that there are no boundaries when it comes to love. It will be interesting to watch how her journey will shape in the story. I hope we keep one and all entertained for years to come.”