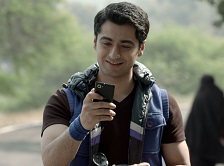 The good looking Delhi guy Harshad Arora, who is all set to be seen as Zain in Colors' upcoming show Beintehaan, is quite excited about his debut show and he feels that it is the best thing that happened to him till now. TellyBuzz spoke to Harshad to know more about his journey from Delhi to Mumbai and about his character as Zain which he is playing in the show.

Talking about his character, Harshad told TellyBuzz, "Zain is a modern guy who has a modern outlook towards life. He belongs to a very rich family. He has studied in London and then came back to Mumbai. He is very charming and a flamboyant kind of a person. He is strong headed but a very nice person from heart. He is not an evil person; he is humble. He has lots of similarities with Aalia but they are from two different worlds and their journey will begin from hatred."

Harshad who used to be model in Delhi came to Mumbai to try his hand at acting, "I have done my graduation from Delhi University, followed by post graduation in Advertising, Marketing and PR. I started modeling during my college days and offers kept coming my way. I continued with it for three years and then after my post graduation, I worked with a PR agency for one and a half year in Delhi. I was getting offers for television from Mumbai while I was working as a PR so I thought to try it out and one day, I flew to Mumbai. It's now been 10 months and its going good since now I have got Beintehaan." 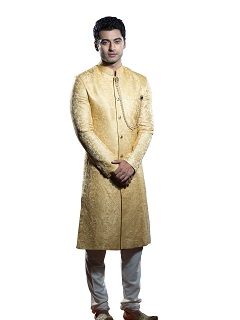 He is finding working for Television to be a different yet fulfilling experience altogether, "It's been an amazing experience so far. We have to work round the clock which is not so easy. Our 100% focus right now is to make the show a big success. We are just hoping that the audience will love the show."

When asked Harshad about his experience of working with his co-stars, he told us, "I feel lucky to be surrounded with such good co-stars. They are really very nice and experienced actors who have been working for a very long time. I have learned a lot from them. It's an amazing experience working with Preetika Rao. Our on-screen chemistry is coming out really good. Our director Maan is specialized in the love story genre and he is doing a great job. We are good friends off-screen too, so we talk and discuss our scenes."

Harshad feels that Indian Television is becoming similar to International shows as he shares, "I used to hate watching TV while I was in school but I used to love watching International shows a lot. We have always been inspired from the West and I feel now we are getting closer to them. We have lots of things to learn so it's always better to watch someone who is better than you. Indian television is still caters to housewives with its shows which have Marwari and Gujarati concepts. However, Beintehaan is a fresh concept which is made for people of all age groups. It has been shot like a film and it's going to be something new for Indian television."

We wish Harshad all the best for his debut show!

priya.arora 6 years ago Harshad and preetika rock the best couple

-ipkknd2- 6 years ago Love Harshad Arora & Preetika Rao! Both are superb and lovely. And i am in love with Beintehaa! It's the best show! love itt!

Buttercup007 6 years ago This show is amazing!!!!! Love the leads!! Love the story line!!! No cliches!!! Amazing. Keep it up, team Beintehaa!!! Harshad you are amazing ad Zain!!!

LiveLifeInBliss 6 years ago Love the Show =) and absolutely adore Zain and Aliya! &lt;3

rathi_95 6 years ago loving the show!! the peace the characters and the chemistry totally rocks!!!!

---Shweta--- 6 years ago Love you as Zain...
Love your chemistry with Preetika.
Keep Rocking !!

exclusive
Exclusive Barun Sobti on being away from TV: My problem is the ...
19 minutes ago

exclusive
Exclusive Jaan Kumar Sanu on keeping up with Bigg Boss 13, looking up ...
36 minutes ago

Subuhii Joshii loses weight all by herself
43 minutes ago