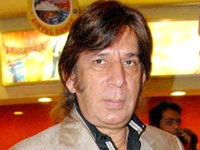 Colors' popular show Comedy Nights with Kapil which has gained tremendous popularity with its gags and funny characters will see the marriage of one of its important character Buaji in the show. The lady who is always seen dreaming about her man and eager to get married will finally tie the knot.

When we contacted Razzak Khan to know more about his character he told us, "Yes, I am coming in Comedy Nights with Kapil. I will be playing the character of Buaji's aka Upasana Singh's groom. My bhaigiri way of communication will add more fun to my character. I will introduce myself as Bure ke sath accha nai karta aure acche ke saath bura nai karta naam hai Golden bhai."

So will audience be able to see Razzak in the further episodes? He says, "I am not yet sure about my character's entry in the show whether it will appear next weekend or not because the decision is yet to be taken by the production house. The production house has yet to decide whether to retain my character or not and it will be decided on the basis of public's reaction. But I am assuming that if my character is carried forward then I might be seen as Gharjamai in the show."

This weekend the audience will not only enjoy a dose of comedy but will also witness all the rituals of Buaji's marriage in the show. There will be many celebrities to join the celebrations on the show like Ravi Dubey, Sargun Mehta, Abhijeet Sawant, Karan Wahi, Punjabi singer Diljit Dosanjh, Siddharth Shukla and many more. 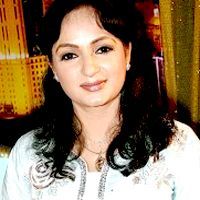 Sounding excited for the upcoming marriage sequence, the bride-to-be Upasana Singh says that the inclusion of marriage sequence is an experiment so that the audience can enjoy something new, "It is the most costly sequence till date on Comedy Nights with Kapil as we have invited many celebrities who will be seen performing for the rituals. Our main motto is to entertain the masses and for that we keep on experimenting new things. This time we thought of this marriage sequence and the new character will be introduced as my groom in the show. My groom's character is being played by Razzak Khan and we are still shooting for the sequence. This marriage sequence will start directly with rituals and will be aired on this weekend."

Upasana Singh's character of Buaji is presented in very humorous way. Though she is very simple, fun-loving and lovable however, she tries to flirt with many male celebrities. As seen in the show, Buaji is very desperate to get married and calls herself a 22 year old good looking girl. She is remembered as one of the favorite Buaji of the Television so far.

Now it will be exciting to see Buaji after her marriage adding new punches to entertain the audience.

We hope that this episode turns out to be the best episode for Comedy Nights with Kapil.

goofyCat 5 years ago Missing your onscreen appearance Siddharth Shukla!! Hope to see you back soon.

NatalyMusketeer 5 years ago Good luck to you Siddharth Shukla in everything that you do...

Nandita_Siddian 5 years ago Siddharth Shukla ...you are the best.Love you a lot.

Chandrani- 6 years ago Hi, Siddharth Shukla, good morning. Liked your appearance in KNWK. Good luck to you for everything.

PhoenixRainbow 6 years ago Siddharth Shukla you are a one of the God best creation .Loved your Internal beauty more than External beauty

Bertibotfanatic 6 years ago GE Siddharth Shukla.
It was an absolute pleasure to watch you in CNWK yesterday

Hunk_KW 6 years ago Best of luck in everything you Karan Wahi !! Stay blessed. U were rocking in CNWK

Bertibotfanatic 6 years ago You were extremely adorable in comedy nights with Kapil yesterday, Siddharth Shukla

CherryWild 6 years ago King of heart Siddharth Shukla , Why are you soo handsome loved u lots