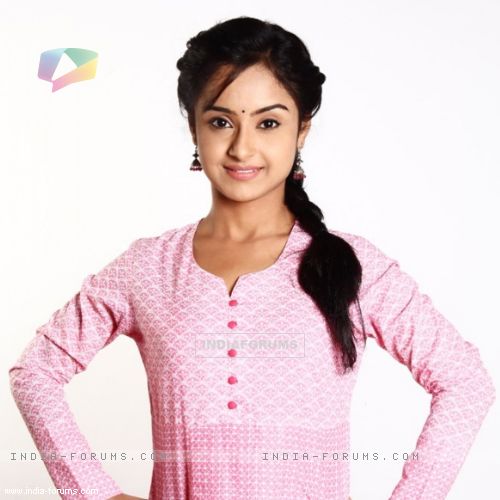 Ishita Ganguly, who hails from Kolkata, came to Mumbai to pursue her acting dreams. The actress made her way into this acting profession very rapidly and she bagged the role of Anushka in Shakuntalam Telefilms' newly launched show Shastri Sisters.

TellyBuzz spoke to Ishita to know more about her character and much more in this conversation with TellyBuzz...

Ishita says, "I am born and brought up in Kolkata and I am feeling good to stay in Mumbai. I love to be happy and lively all the time. It's been very nice and quite fortunate for me as I have been in Mumbai only for a short span of time. I just came here for a week to give a try and I didn't know that it will happen so quickly. I always wanted to become an actress since my childhood days only. I used to dance and act in front of the mirror (smiles). So, it's a dream come true for me. I have done three Bengali shows before I bagged Shastri Sisters. It's my first Hindi show and I am very excited about it."

Ishita feels herself very similar to Anushka which she is portraying on-screen. Talking about her character she said, "Anushka is mature and sensible. She is responsible and believes in keeping  the bond of the family intact. She has the ability to make her father and her sisters understand in every situation. She is an emotional support for her father but she never let her feelings come out in front of anyone. She keeps emotions to herself. Being the most responsible girl of the family, she tries to manage everything. She understands the meaning of every relation and she always tries to keep everyone happy. This character has many variations. There are chances that Anushka will look boring as the character has been given many shades. I am trying to portray my character well. I am similar to Anushka in real and I am very happy to play the character."

Ishita who doesn't have any sister in real, feels happy to share a great bonding with her on-screen sisters. She told us, "We on-screen sisters have become very close to each other, off-screen too and people around us easily get irritated with our masti. We have been given separate make-up rooms but we always stay in one room only. We also give advice to each other which is helping us in making our bond even stronger."

We quizzed Ishita whether she had to do any kind of preparation for playing Anushka, to which she answered, "I didn't do any kind of preparations. I don't believe in preparations because I feel that if there will be preparations, then it won't look natural. I have thought of doing things naturally whatever the situation will be given to me. I hope the audiences will like it. I just had to work out a little for grasping the language as the language of Kanpur has a little bit touch of Urdu with a lot of respect."

awida 6 years ago You are doing amazingly well as Anushka in Shastri Sisters Ishita Ganguly.

Divineluster 6 years ago All d best for ur new show...

-Raichu- 6 years ago Very good acting from Ishita !
I like Anushka's character lot.

Wish all the best to the show

avi_k_ 6 years ago Ishita ganguly has been impressive since promos. love this girl

innocentbitch 6 years ago She fits the role of Anushka very well.. All the Best, Ishita!