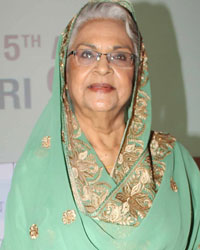 Versatile actress Madhu Raja who currently plays Dadi in Balaji Telefilms' popular show Kumkum Bhagya feels lucky to portray her character on-screen which she feels is quite similar to what she in real life.

TellyBuzz spoke to Madhu to know more about her character, her off-screen and on-screen bonding with her granddaughters and much more...

Talking about her character and journey so far she told us, "I won't call it as a smooth journey because there have been many ups and downs in the show as well. My grand daughter's wedding has been called off many a times. This is called the struggle of life. Life always gives us new struggle to face every day which gives you strength. Hard times make you strong from inside and then you get the strength to move ahead in life. I feel lucky that my character is same like this. I portray the character just the same as I am in my real life. A joker has too much sadness hidden in his heart which nobody knows but he always has a smile on his face and makes others laugh too. Similarly, Dadi keep on having her cough syrup in the show but no one knows that what is going on with her and how much pain she has in her heart. Nobody knows that from where she got so much of strength to stand for her family and never let them feel down in any situation."

We all have seen Dadi relaxing and using leisure time by playing Candy Crush on the show but she loves to play off-screen as well. Talking about the same, she told us, "I never knew playing Candy Crush before but when I joined the show, I had to shoot a scene where I was shown playing Candy Crush. I shot the scene according to what I was told. Luckily, we had to re-shoot the scene and till that time, I got to know that Candy Crush has levels and not scores which even the director might didn't know. So, we should know what we are showing. So, whenever I get some time in between my shots, I play Candy Crush rather than sleeping. In the show, dadi is shown as a gadget lover but in real I am not a gadget lover. I am learning everything slowly slowly."

We see Dadi sharing a lovely bond on-screen with her granddaughters Sriti and Mrunal but what kind of bonding she shares with them off-screen. She says, "It's amazing and no one will believe that our bonding is just few months old. Sriti and Mrunal are really like my grand daughters who 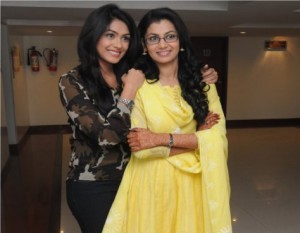 take care of me. They respect me like their own grandmother and take care of every little thing which I need. Both my daughters stay away from me but I never felt void as I have got two daughters here (smiles). Mrunal is very naughty while Sriti is little studious but I love both of them. Supriya is just like my daughter. We sit together, share our happiness and sadness with each other during our leisure time. We feel very happy to be with each other on sets. Sometimes we don't feel like going home. May be it was written in our destiny that we all will meet each other."

We also quizzed her about the improvisations which she has to do in some scenes. She told us, "Yes I do because our writers keep on changing while we are here from day one. So whenever we feel like the writer has written something different from what we were narrated about our character by Ekta, then we tell them that this should be the line of our character. Even the writers and the director who keep changing, ask us about our characters' reaction according to the situation because we know better about our characters. We enjoy it a lot."

So, what made you take up the show? She replied, "She is a typical Punjabi Dadi by her looks but she is very modern from inside and she is full of life. She feels happy to be with kids just like I am in my real life. It makes you feel young because when u are surrounded with young people then you get new ideas and you get to learn new things while teaching them too."

RaBul_ArNal 6 years ago Aww Mrunal Thakur you are a sweetheart!! Great that you bond with everyone especially Arjit Taneja!

+ 3
6 years ago Mrunal Thakur love you sooo much :D ur sooo adorable

6 years ago Sriti Jha rocks !
And Madhu ji is amazing as cool
Daadi.

+ 2
6 years ago Mrunal thakur u are rocking as bulbul :-D

6 years ago I love this show. The bonding between the ladies is awesome. And it comes very naturally.

+ 6
6 years ago Mrunal thakur you are doing a great job as bulbul.