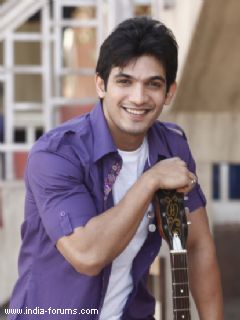 With the growing popularity, our Telly celebs have to come across many rumors. This column focuses on the celebs who have heard some of the craziest rumors against themselves and their reaction on the rumors. This week we got in touch with actor Arjun Bijlani who is currently seen as Aditya in SAB TV's Jo Biwi Se Kare Pyaar.

Here is Arjun sharing his reaction towards the craziest rumor he has heard about himself.

Arjun shares, "I have heard many rumors about myself like link up with my co-stars, I am coming in Big Boss and one was like I am married when I was not. One should never react to such rumors when they aren't true. My friends and family also didn't react because they know everything about me."

He further added, "One should not give clarification to any rumors until and unless it's not harming to your self-esteem or self-respect."

When asked Arjun about his reaction when he look back to these rumors, he said, "Such kind of rumors doesn't matter to me."

7 years ago Well said arjun... keep up the good work

Adorable86 7 years ago Arjun is the best arjun was awsome in his new show on sab tv. Posy comments fans

+ 2
7 years ago I truly adore him for the way he has dealt with all the rumours about him!
Arjun Bijlani is not just an awesome actor but a very very level headed guy who has kept his calm all through!
love this trait of him!
keep smiling :)

7 years ago Wonderful article... rightly said arjun.. thanks for article