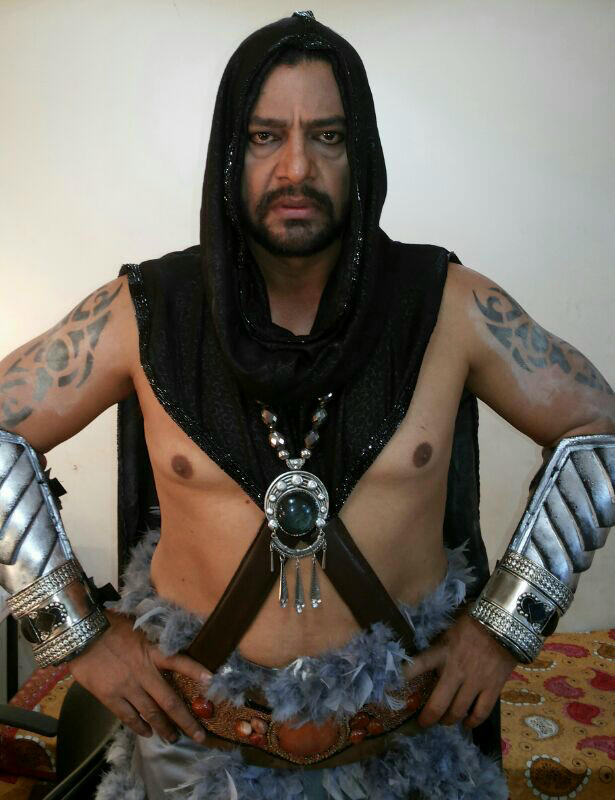 The Adventures of Hatim on Life OK always sees actors who come in to do cameos for stories which go on for couple of episodes. This time round we found out that Raj Premi who is known for doing negative roles will now be seen in Hatim.

We called Raj and he confirmed while telling us more about it and he says, "Yes, I am playing a villain who is an out and out negative character in Hatim (Rajbir Singh)." When asked about the story he added, "My character name is Kirtaaf and he has kidnapped two of Hatim's friends so as to make his master Zargam happy. Zargam is the main villain of Hatim and is Hatim's ultimate enemy. Kirtaaf feels that once Zargam is happy he will give him a good inaam and on top of that if he gets to know of Hatim's whereabouts Zargam will be more than happy so he kills Hatim's bodyguard and changes his get-up to take the place of his bodyguard. Kirtaaf is overconfident that no one will kill him. However, Kirtaaf is attracted to the heroine and wants to take advantage of her but Hatim ultimately kills Kirtaaf and saves his friends."

Raj who has been shooting for the show for couple of days now says that this particular story will be spread over 3-4 episodes unlike the other stories which are wrapped up in 2 episodes. The actor is also busy with shooting for a film, "I am doing Anurag Kashyap's film Bombay Velvet and am currently shooting for that too." And what is his role in it? "I play an ex-army man who is known as Major in the film. He is an expert in making explosives. He owns a boxing ring where Ranbir Kapoor who is a boxer too is working and both are also shown to be involved in doing little bit of illegal activities."

Raj who has also been a producer and has done Bhojpuri as well as Hindi films earlier is also planning a new film. However, he is reluctant to talk about it at present, "I am working on a new venture but can talk about it only when we put it together."

All the best till then!

7 years ago Good to see you. You were fabulous in CGM as ahirya. I still remember you for that role of yours.

7 years ago Good to see you back after Mahadev in Hatim Raj Premi :)