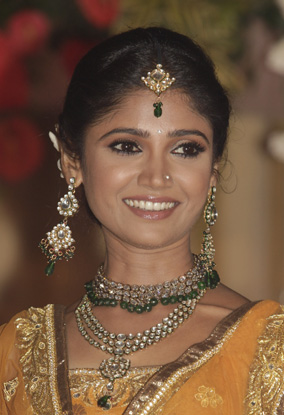 Ratan Singh Rajput who rose to fame with the show Radha Ki Betiyaan Kuch Kar Dikhayengi on Imagine has been gaining popularity since then. The talented actress was the main lead in Agle Janam Mohe Bitiya Hi Kijo on Zee TV was recently seen in the popular reality show Bigg Boss Saath 7 on Colors as a contestant who had been in the house for good 28 days.

Her last stint on TV in the reality show Bigg Boss Saath 7 was a short one but her previous reality show Swayamvar Season 3 - Ratan Ka Rishta turned the table for the lady who found her love but then she called off her relationship with the guy.

TellyBuzz got in touch with the petite actress Ratan Rajput to know about how love happens in these reality shows.

Adding more to it she says, "Sometimes love cannot happen in a show like Swayamvar Season 3 - Ratan Ka Rishta but it can happen in a show like Bigg Boss Saath 7. Love is such a beautiful feeling that it can happen anytime and anywhere. As I have been a part of the show and have spent time with them I feel that if Gauhar - Kushal and Armaana -Tanisha have that affection towards each other then there is nothing is wrong in it. I don't think that they are doing it for any publicity. It's just pure genuine feelings which are very natural to happen and I wish them all the happiness for it."

Yes Ratan, very rightly said that love knows no boundaries as it can happen anywhere and at any time!!

Rose_Tandon 6 years ago Kushal Tandon Loveee You loadsss...Baby you are a shinning star

purple.star 6 years ago Kushal and Gauhar are such a cute couple!

sanjanaarshi 6 years ago Bless you Ratan for sharing your genuine feelings for Gauhar and Kushal !!!

Deepika Padukone Arrives at NCB, to be Questioned over ...
16 minutes ago