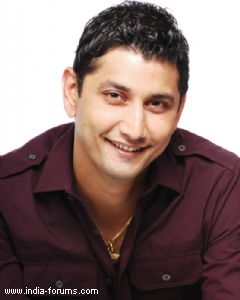 Marzi Pestonji debuted on television with Zee TV DID-Dance Ke Superkids as one of the judges. The choreographer has been associated with Shaimak Davar for 16 years and he suggested the name of Marzi for judging the show.

While Marzi is busy choreographing few dances in Shaimak's dance institution as has been associated with Shaimak for many years, he has taken a decision of not doing TV anymore.

As the new season of popular dance reality show Dance India Dance L'il Masters is about to start, Marzi who was one of the judges in the previous season refuses to be a part of the new season and is not keen on coming back on TV. So when asked him about the same, he says, "I'm not doing anything on TV for now and also for the time being no more television for me. I'm happy to be with Shaimak and his team."

So is there any particular reason for not doing TV? Marzi answers, "No there isn't. It's just that now I want to focus more on dancing. Bhaut hogaya yaar TV. I'm happy with where I'm and I am here to celebrate one of my friend's bachelors party."

So now only time will tell us of who will be judging the next season of Dance Ke Super Kids. Till then keep reading TellyBuzz for more such news.