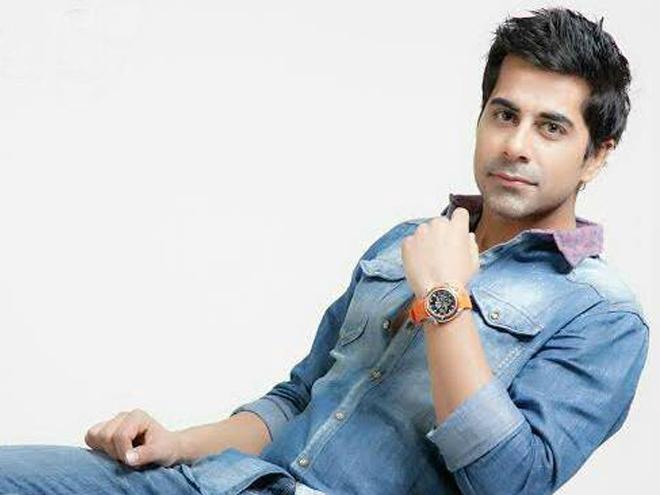 He entered the show only couple of months back and just as he was settling down with his character finding acceptance, Vivian Dsena makes a comeback to the show. Gunjan Utreja does not flinch as we ask him about how he feels about Vivian Dsena coming back on the show - Madhubala - Ek Ishq Ek Junoon. Taking it very lightly, he talks straight from the heart, and says, "It really doesn't matter. At the end of the day on TV or in showbiz it is the story that is the King and characters are strong so I don't think any actor should get jealous or feel insecure in such a scenario. At least, I am not and Vivian coming back is good for the show. I am not bigger than the character or even the story which is more important any day."

The duo shot for a promo together which was their second meeting says Gunjan, "Earlier too I had met Vivian briefly and it was a 15-20 minutes candid conversation about our respective characters. Yesterday too we didn't get to interact much since I was having fever and on top of that I had a very hectic day at the shoot since I had to shoot many scenes at various locations. The little time we got with each other while shooting the promo we were talking about the show and the story. I don't know much about him but I found him to be a cool guy."

With Vivian's entry it is obvious that the entire scenario will change and from what we know Gunjan will now be playing a villain in the show. However, Gunjan has a different take on it, "In this whole scenario I think there is no hero or anti-hero since I have a firm belief that no one can stay in one particular character for long. Abhay Kapoor is a very genuine, sweet guy. In yesterday's episode itself despite being a superstar he bashes a reporter just to take a stand for a woman's integrity. Later when he finds out that the girl who he has fallen in love with is actually his enemy's (RK) daughter then obviously he is going to show his reaction. So it is not 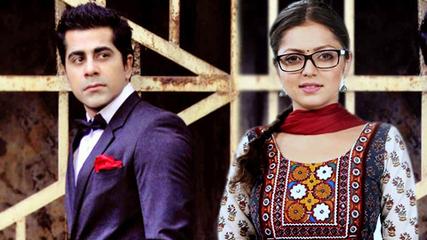 negative but just a new and different shade to the character which is still evolving. It is like ishq mein junoon savar ho jaana. As an actor, I find it very interesting but I cannot stop outsiders if they perceive it as negative. For me it is just a natural progression of story and character."

He has just come into the show recently. Was Vivian's entry preplanned? "No, Vivian was never in the picture when the show was offered to me. As per my understanding it was supposed to take the shades of a romantic comedy between Madhu (Drashti Dhami) and Abhay Kapoor since there had already been too much drama which was done to death so they wanted to give it a very different flavor. Viewers had always watched drama and this was something different. It took a little time for the audience to accept it but believe me now I am inundated with calls and messages on social media sites. People had started liking Madhu and Abhay's interaction since it was an interesting combination of a cute, sweet Madhu with an irritating, arrogant Abhay."

So will he now woo Madhu back from Vivian's character? "No... see I have expressed my desire to marry her and she will accept it. However, after all this I get to know that she is RK's daughter so now let's see what happens next. But since Abhay Kapoor is a passionate character he will definitely show other emotions and not just romance. Abhay's character has evolved in parts - he was a serious guy focused on his work, then he falls in love with this simple girl, he also nurses Madhu when she is unwell so he has a soft heart as well so I am still exploring different sides of the character and you never know what new to expect," concludes Gunjan.

samantsanjay 6 years ago Drashti Dhami, for now all I wish is MB to end...

guru.jaan 6 years ago DD our beautiful geet
Ur the best
love u and wish u more success :)

princesdrashti 6 years ago MB show...seeing only for u ...Good night Drashti Dhami

xiaoyouangel 6 years ago THEY SHOULD HAVE STICK TO THE ROMANTIC-COMEDY STORY WHEN IT WAS OFFERED TO GUNJAN...BRINGING VIVIAN WILL MAKE IT BACK TO ALL DRAMA LIKE BEFORE TAKING A LEAP...THE LEAP SHOULD HAVE MADE A DIFFERENT KIND OF STORY INSTEAD OF GOING BACK TO THE SAME OLD DRAMA...WISHING MADHU WILL END UP WITH ABHAY RATHER THAN VIVIAN CHARACTER..

SMad 6 years ago Abhay-Madhu romance was soo cute!to bring Vivian back dont end this track :(
Abhay is genuine and sweet, dont make him soo negative that he gives up on the love for Madhu! Dont make revenge more than Love

gurti2012 6 years ago DRASHTI DHAMI you are the BEST...
Love you my barbie doll Drashti Dhami..

Parth Samthaan: Kasautii Zindagii Kay has shaped me as an ...
13 minutes ago