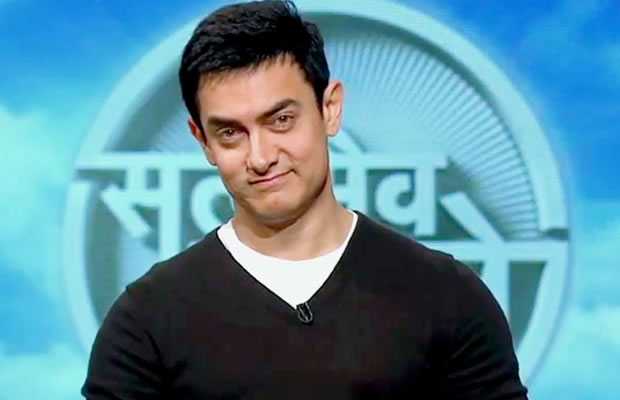 Set to launch the second season of his TV show Satyamev Jayate, leading Bollywood actor Aamir Khan on Friday said he is not interested in joining politics, and does not consider himself a social activist either.

The actor, whose Satyamev Jayate has raised several social issues, also said he did not consider himself a social activist.

"I don't see myself as a social activist. An activist is one who takes up a cause close to his heart and lives with that. I an an entertainer and a creative person..." he said.

He said as an entertainer, his responsibility includes bringing grace to society and building a moral fabric.

Asked if he supports any political party, the actor said: "I don't see any such party which I feel would change a lot of things if it comes to a majority."

He however said that he liked the idea of 'swaraj' given by Arvind Kejriwal's Aam Aadmi Party.

"I agree with their concept of 'swaraj'. This is the only party which says they people would be a part of deciding how they rule... but the reason I don't support any party is that even AAP has to be tested. I am not in a rush to support any party. Don't want to have a knee jerk reaction," said Aamir who had supported the Anna Hazare movement.

"And elections should be free and fair, who am I to influence the people," he added.

On a question on the violence against north Indians by Raj Thackeray's Maharashtra Navnirman Sena, Aamir said he was against any violence or forceful shutdowns.

"Any political party which uses power and muscle in the country is wrong. Earlier during the struggle for independence, Gandhiji would say people to boycott something and they would do it voluntarily," he said, questioning use of force to stop people from leaving their houses.

"They burn buses, use violence. It just indicates hooliganism. You are just a goon. It's not got any ground support," he said.

+ 5
7 years ago That's y I respect this man so much .. not crazy fans he is worthy of respect and admiration

Wow I never knew that Jasjit was his real name!

10 years ago i like his 'wednesday',he was too gud in it.