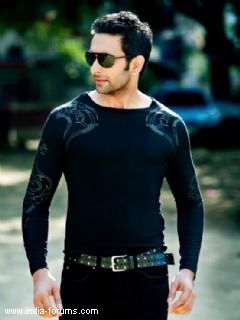 After charming the viewers with his handsome looks in daily soap Uttaran and Phir Subah Hogi, TV actor Nandish Sandhu is back to spell his magic on the small screen. However, this time his role is a little different... Or should we say a little mature?

Nandish will soon be seen as a part of Colors' show Beintehaa along with Harshad Arora and Preetika Rao. Beintehaa is currently one of the top rated shows of the small screen.

Elaborating about his role in the serial, Nandish says, "I'm playing the role of a lawyer Rehaan who is a single-parent of two children. As a lawyer, he takes over the case for Aaliya and Zubair."

What makes his character different is the strong personality of his role. For the first time, Nandish will be seen enacting a matured character; a father. And he seems quite optimistic about it. "I agree it's quite different than Veer in Uttaran. I have enacted the role of a lawyer and a father. But here, Rehaan has adequate knowledge of his profession and understands people and their emotions."

How does it feel being a part of show that is already garnering appreciations for its storyline and actors? "It feels good. Beintehaa is no doubt quite a popular show and I hope to take it to higher levels," Nandish remarks.

Though post Phir Subah Hogi Nandish was seen in the reality show Welcome - Baazi Mehmaan Nawaazi Ki Season 2 and then in Encounter, still he had an on-and-off appearance on television. We wonder what kept him away from TV for so long. "I believe there is a right time for everything. So, it's better to channelize things on time," he explains.

Okay, but what do you do when you are not shooting? "Ohh... there are lots of stuff to do. I love photography... so, to get some amazing clicks, I travel. Besides, I enjoy watching movies, playing cricket and exercising to stay fit." Hope his fans are reading!

Like every other television actor, Nandish also desires to enter Bollywood. Interestingly, he is in talks for some projects, but preferred not to reveal anything about it unless it's confirmed. And we understand it!

Apart from following his passion of acting, Nandish also owns a restaurant in Mumbai along with his brother. Technically, his side plan.

LiveLifeInBliss 6 years ago Harshad Arora and Preetika Rao are the heart and soul of Beintehaa! Love Zaya and BI &lt;3

titleepari 6 years ago IF can we have some articles on Harshad Arora please?

Harshad Arora and Preetika Rao rock!
Beintehaa is the best show ever!

Lady_Impala 6 years ago Looking forward to seeing how this character shapes up. Hope it doesn't dissapoint.
Harshad Arora and Preetika are doing amazing as Zain and Aaliya
Beintehaa rocks.

sumaiya-kay 6 years ago Beintehaa has already been taken to new heights by Harshad Arora and Preetika Rao and they are the only ones who can take it even further! Welcome to the show but I really hope you don't become a permanent fixture!