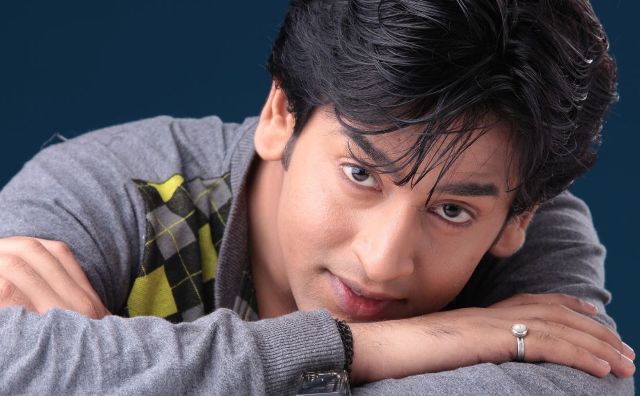 Sundays are special! So we thought of bringing something interesting to our viewers this time. We thought of asking your favorite actors regarding their first audition.

So this time around, we have the very talented Shashank Vyas aka Jagya of Balika Vadhu sharing with us the experience about his first audition and his journey till Balika Vadhu.

Telling us about his first audition Shashank says, "I had gone for my first audition in a production house that still exists. I had been to Andheri in Mumbai for the same. They had asked me to give my profile and since I was a fresher then I had no clue what profile means. They obviously wanted someone good for their show. While the auditions were on, I completely blanked out and forgot my lines. I gave a number of auditions to bag a good role, to be precise - 275 auditions till I got Balika Vadhu. My friends and family kept me encouraged all throughout but it was only me who can motivate me. At that time I asked myself whether I really want to get into acting or not."

So how does Shashank feel when he looks back at the incident? He says, "Very honestly, I feel wonderful and also very blessed. Before I took up Balika Vadhu, I had worked at few places but sometimes I got paid for my work, sometimes didn't get paid at all, sometimes I was paid but did not appear on screen. All of this was just a part of my learning process and growing as an actor."

What does he has to say about Balika Vadhu? Shashank says, "After so many auditions, bagging a role like this has given me a lot to discover as an actor. I have seen many shows but I have never seen a character having so many variations and shades. Balika Vadhu has actually given me the opportunity to play both good as well as a grey shade. I am thankful that I got an opportunity like this."

Well , its indeed nice to hear it Shanshank. Keep up the good work!

yanks28 6 years ago Love you Shashank Vyas ... you're a sweetheart

Andriaa 6 years ago shashank vyas u r the best in Balikavadhu...watching only for u.

mahi12 6 years ago Very hardworking , dedicated and level headed person he is and an outstanding actor Balika Vadhu serial is blessed to have a talented actor like Shashank Vyas

Vyas u r the best

ExcuseMePlz 6 years ago Shashank Vyas,you are doing a fabulous job and you rock as an MLA.

Rama4U 6 years ago Shashank Vyas, u r a fabulous actor n deserve lot more than this.